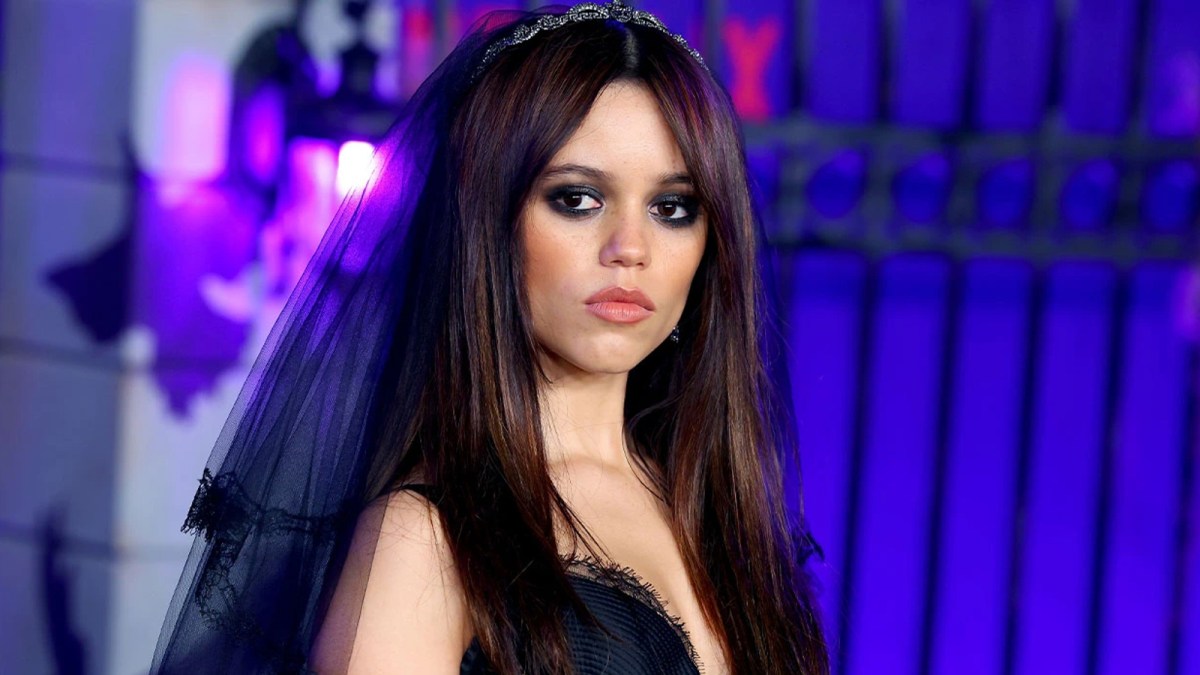 Jenna Ortega, thanks to her turn as the much-talked-about titular character of Wednesday, has become a frequent topic of discussion for her exemplary deliverance of an unconventional, tough teenager on screen who is thoroughly determined and hell-bent on unearthing the mystery behind the murders in town.

Since the show’s debut on Netflix in November, the Addams Family reboot has been an instant hit among the audience resulting in acquiring one of the largest viewerships on the streaming platform to date. Undoubtedly, Ortega’s performance is one of the key reasons along with the engrossing storyline.

Among the numerous memorable moments that have managed to grasp the audience’s attention, one of the scenes which have particularly struck a chord with the fans is the spooky, unconventional dance moves displayed by Ortega in episode four of the series, “Woe What a Night.”

In this episode, Wednesday Addams (Jenna Ortega) was accompanied by a potential romantic interest, Tyler, to Rave’N dance where she exhibited her unique dance moves owing to the character’s unfamiliarity with habitual socialization. What was unknown to the viewers amidst their constant cheering for the scene is that the Ortega was diagnosed with COVID at the time of filming the scene. Let’s shine some light on the same.

Did Jenna Ortega know that she had COVID?

Ortega claimed to have been suffering from COVID during the shooting of her iconic dance scene. Speaking to NME on the subject, she said,

“I’d gotten the song [‘Goo Goo Muck’] about a week before and I just pulled from whatever I could… it’s crazy because it was my first day with COVID so it was awful to film. Yeah, I woke up and – it’s weird, I never get sick and when I do it’s not very bad – I had the body aches. I felt like I’d been hit by a car and that a little goblin had been let loose in my throat and was scratching the walls of my esophagus. They were giving me medicine between takes because we were waiting on the positive result. I asked to redo it but we didn’t have time. I think I probably could have done it a bit better…”

Even though the production company MGM assured that strict COVID protocols were followed and Ortega was immediately removed from the set following the discovery of her illness, she and the crew have been repeatedly placed at the receiving end of viewers’ scathing criticisms since the discovery of the news. Ever since, the Ortega has received constant backlashes for “knowingly exposing hundreds of cast and crew to COVID.”

The scene was filmed in Romania during the pandemic between September 2021 and March 2022 when strict attention was paid to the protocols on set. Given the circumstances at the time, Ortega’s presence on the set among other cast and crew members was deemed an irresponsible act on the part of the actress.

Most of the vitriolic attacks and accusations towards Ortega for knowingly bringing COVID on the set surround the same narrative. A few comments on social media point out the same. One of them said, “Why the f*** she didn’t get sent home if she felt like she had been hit by a car and a little goblin had been let loose in her stomach[?]”

In addition to the jab at Ortega’s confession about her COVID, vital attacks were also launched at the other crew members where one of them stated, “It was a dangerous, unethical, and extremely selfish thing to do, both on her part, and on the part of the directors and producers. There’s absolutely no positive way to spin an actress knowingly exposing hundreds of cast members and crew to COVID.”

Most of the allegations made against Ortega and the crew for knowingly bringing COVID on the set are related to the constant backlashes and criticisms hurled at them from the show’s swelling fanbase. Saying so, there is no concrete evidence related to Ortega’s or the crew’s prior knowledge about her illness during production. Wrong or not, it seems like this apparent violation of protocol failed to have any disastrous impact on the cast members and Wednesday emerged as one of the most liked and watched streaming series of all time.

Wednesday is currently viewable on Netflix.