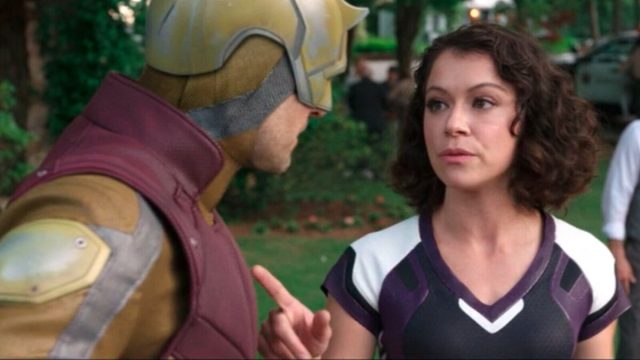 Warning: This article contains spoilers for the She-Hulk: Attorney at Law finale.

The last episode of She-Hulk: Attorney at Law couldn’t have squeezed in more internet-breaking moments if it tried. From a cameo for a brand-new Hulk to an X-Men namedrop to the fourth wall being shattered to bits, the finale was so full of stuff that something as fan-pleasing as a surprise return for Charlie Cox as Daredevil is being considered small-fry in the grander scheme of things.

And let’s not overlook Matt Murdock’s role in the tail-end of this episode as it leaves the character in an intriguing place, considering we know he’ll soon be getting a revival series in the form of Daredevil: Born Again. The hero of Hell’s Kitchen’s guest spot in episode 8 left things neatly open-ended for that show to handle the character as it pleases, but the She-Hulk finale disregards that by setting up a whole new domestic situation for the vigilante that the next project has to answer.

In short, is Matt going to be dating Jennifer Walters in Born Again?

Fans absolutely lost it after She-Hulk‘s penultimate episode saw the two superhero lawyers strike up a wholesome romance. While their off-the-charts chemistry instantly launched a popular new ship, the casualness of their one-time hookup left the impression the pair wouldn’t be taking things any further.

And yet Daredevil immediately returns to Los Angeles in the finale, ostensibly to aid Jen in battling the Intelligencia, although we suspect he just wanted to see her again. In the adorably cozy coda scene, Matt is introduced to the whole Banner/Walters clan at a family get-together, where he’s grilled over his job, his earnings, and potentially having kids with Jen, all of which heavily indicates the enhanced attorneys are properly an item.

So that leaves us with the distinct impression that Maslany must be returning in Daredevil: Born Again. But will she? Honestly, it’s hard to say at this juncture as the only confirmed castmembers so far are Cox himself and Vincent D’Onofrio as Kingpin. Even Daredevil fixtures like Elden Henson (Foggy) and Deborah Ann Woll (Karen) haven’t been confirmed yet. It’s worth pointing out, though, that there is another upcoming Disney Plus project that could explain away the Matt/Jen romance.

Remember that, before Born Again gets here, Cox and D’Onofrio will be returning once more in Echo, the Hawkeye spinoff starring Alaqua Cox (no relation) as Maya Lopez. Considering that Murdock and Maya have a relationship themselves in the comics, it’s possible Matt and Jen may have broken up by the time of this show to pave the way for a fling with Echo, or else simply to clear the slate so Born Again can pair up the character with whoever it likes.

It’s definitely hard to imagine a quirky, fourth-wall-breaking heroine like She-Hulk in Netflix’s Daredevil, so if Born Again is anything like that then there might not be a place for her in the series. It also seems likely that the revival will replace the fun and relaxed DD we’ve just seen here with the classic brooding guardian devil we know and love.

Again, who can tell what Kevin Feige (or K.E.V.I.N.) has planned, but if Marvel knows what’s good for them, they shouldn’t mess with their hottest new power-couple.

She-Hulk: Attorney at Law is now streaming in its entirety on Disney Plus. Daredevil: Born Again will eventually hit the platform come spring 2024.