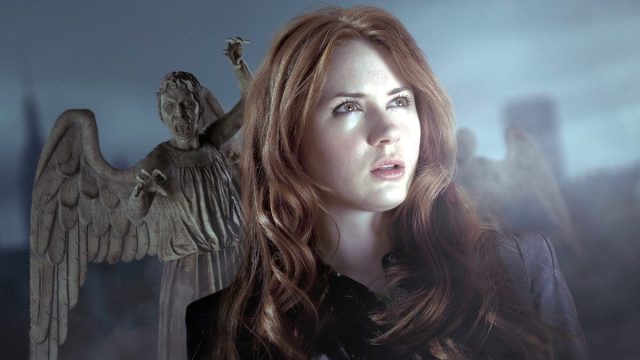 Although Jodie Whittaker hasn’t even regenerated yet, it’s fair to say that Doctor Who fans’ thoughts are already preoccupied with what’s coming from the Whoniverse next year, as 2023 is set to deliver a grand celebration of the sci-fi series’ 60th anniversary. Alongside Russell T. Davies returning as showrunner and Ncuti Gatwa debuting as the next Doctor, the show’s big birthday bash is also set to feature several favorites from the past making a comeback, with David Tennant and Catherine Tate among them.

But has another beloved face from the TARDIS’ past just subtly announced their own involvement in the 60th celebrations? Fans have certainly convinced themselves this is the case. Karen Gillan recently shared a video of herself wearing a owl-patterned sweater on her Instagram story. Seems innocuous enough, right? Well, you’d think so, but Whovian detectives are speculating that her post has a deeper meaning, when compared to other social media updates from Davies and director Rachel Talalay.

As you can see from the twee above from @BadWolfArchives, Davies shared a snap of himself posing with a wooden owl statue while Talalay posted a pic of a clapperboard from the set that was adorned with a drawing of an owl. Could this all be one big coincidence? Absolutely, but this wouldn’t be the first time those involved with the show’s future teased what was to come on Instagram before making it official.

Davies and Gatwa previously shared matching emoji messages on their feeds in the run-up to the Sex Education star being outed as the next incarnation of the Time Lord. So it really isn’t that crazy that Gillan could be doing something similar. The Scottish actress might be one of the biggest names in Hollywood these days but she’s never been shy about her affection for the role that served as her big break.

We may well be about to get more from Amy Pond, then, or we may not. The future, as the Doctor themselves would probably say, is in flux.