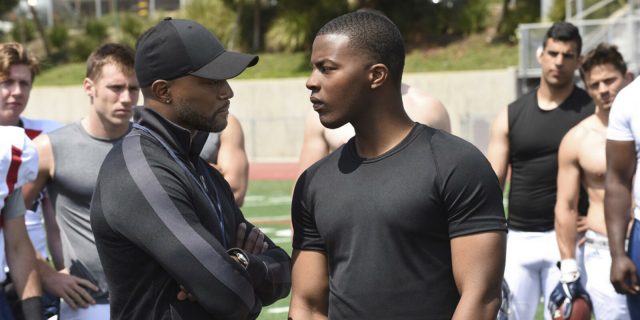 Our favorite shows like to keep audiences on their toes. In the HBO series Games of Thrones, none of the major characters were safe from death. In a similar vein, the CW series All American appeared to kill off a fan-favorite character, Coop, but did they really die? Or was it a red herring of sorts? Before we dive into Coop’s fate let’s take a look at the series as a whole and how the plot unfolds.

All about All American

All American is a teen sports drama created by April Blair. Blair also created the television show Jane by Design. She began her career writing for Gossip Girl. All American premiered on the CW network on October 10, 2018, and is inspired by the life of professional football player Spencer Paysinger. It tells the story of his beginnings in high school football. Spencer lives in South Los Angeles but is recruited to play for Beverly Hills High. He has to learn to navigate the vastly different worlds of Crenshaw and Beverly Hills while pursuing his football dreams.

The show is currently in season 5. It is not yet known if there will be a season 6.

The Hollywood Reporter summed up the show: “In terms of the show’s most basic DNA, All American is Friday Night Lights meets The OC, right down to the multiple times characters declare “Welcome to Beverly Hills!” and to Spencer’s brother being named “Dillon.”

“Recruited by another school’s coach, Spencer is now to be leading a bifurcated life, playing for the largely white Beverly Hills team (and living with the coach) while leaving his heart back in Crenshaw,” is Variety’s summary of the show.

The adults of the cast include Karimah Westbrook as Grace James. She is Spencer and Dillion’s mother.  Billy Baker, the coach who recruits Spencer, is played by Taye Diggs. Billy’s wife, Laura Fine-Baker, is played by Monét Mazur.

At the end of season 3, audiences were left with a big cliffhanger. Mo was secretly plotting her revenge on Coop all season for Coop’s involvement with Mo’s brother Tyronne’s death. Mo asked Andre to sneak drugs on Coop’s tour bus but Coop caught him. She went to confront who she knew was the real person behind this. Mo pulled a gun on Coop who pleaded with Mo for her life. At one point Mo lowered the gun and Coop asked if they were all good now. This prompted Mo to raise it again. Preach shoots Mo in the back in an attempt to save Coop but Coop also gets shot. The episode ends with Preach desperately trying to save Coop’s life.

Audiences and fans had to wait until season 4 to learn Coop’s fate. In the premiere episode, audiences learn the Coop did survive the shooting. She was rushed to the hospital and taken immediately into surgery. She was in a coma for three days after surgery. She wakes up and pretends to have amnesia for a while to figure out her next moves. She knows Preach cannot afford any more trouble because he was on parole at the time of the shooting. Coop also wants Spencer to make a decision about college. Coop ends up telling police she shot Mo to cover for Preach.

Fans were so excited to learn that Coop was alive. They posted their relief on Twitter.