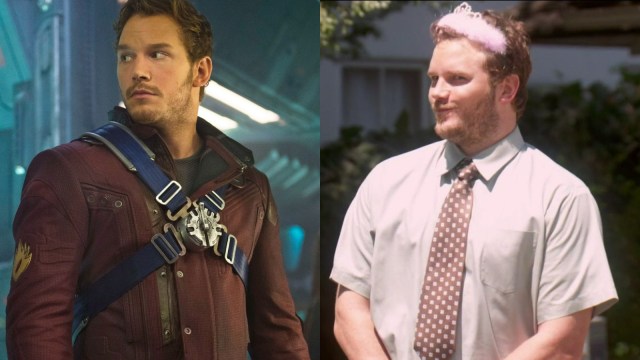 There are many mysteries that keep Marvel fans up at night. Would Captain Marvel beat Thor in a fight? Could Robert Downey Jr. ever come back as Iron Man? What would’ve happened if that random rat hadn’t crawled into that van in Avengers: Endgame? Here’s one that should be asked more often, though: why have so many of the Parks and Recreation cast ended up in the Marvel universe?

On the face of it, there’s not much to connect the superhero franchise with the beloved NBC sitcom, which centered around Amy Poehler’s hard-working parks department employee Leslie Knope and ran for seven acclaimed seasons from 2009-2015, and yet a surprising number of regular, recurring, and guest stars from the comedy have ended up appearing in various Marvel projects in the years since it ended.

With Tatiana Maslany starring in She-Hulk: Attorney at Law and Adam Scott joining the ensemble cast of Madame Web, here’s a definitive list of every P&R star who moved on to the Marvel multiverse, for all you Pawneeians out there.

Obviously, the most notable Parks & Rec alum to jump over to the Marvel world is Chris Pratt, who famously transformed himself from the schlubby Andy Dwyer into cosmic superhero Peter Quill.

As always, Kathryn Hahn stole any scene she was in as supremely confident campaign manager Jennifer Barkley. After Parks ended, Hahn joined the MCU as Agatha Harkness in WandaVision.

The MCU’s newest heroine, Tatiana Maslany, previously had a two-episode guest arc on Parks and Rec. She turned up in season six as a brief love interest for Aziz Ansari’s Tom Haverford.

Aubrey Plaza, best known as sarcastic intern April Ludgate, has yet to join the MCU, but she did portray Lenny Busker on FX’s underrated Legion, set in the X-Men universe.

Natalie Morales had a key role on Parks as Tom’s main love interest Lucy, but it’s little known that she has a part in the Marvel multiverse, too. She voiced Miss Calleros in Spider-Man: Into the Spider-Verse.

Jason Mantzoukas portrayed one of douchiest characters in all Pawnee in Parks – men’s cologne mogul Dennis Feinstein. He later appeared opposite Aubrey Plaza in an episode of Legion as The Wolf.

Patton Oswalt stands as one of the most memorable Parks guest stars for his turn as anti-social nerd Garth Blundin. He recently voiced Pip the Troll in Eternals and played the title role in Hulu’s M.O.D.O.K.

Joining Oswalt in M.O.D.O.K. was Jon Hamm, who voiced Tony Stark/Iron Man on the animated sitcom. Before that, Hamm appeared in two hilarious cameos as Ed in Parks‘ final two seasons.

The West Wing icon Bradley Whitford turned up in an episode of Parks and Rec as Councilman Pillner. He later played Agent Flynn in the Agent Carter short film, a role he reprised in What If…?.

Before he played lovable TVA employee Casey in Loki, Eugene Cordero made a brief cameo in the Parks and Rec series finale, as the minister overseeing Jerry’s funeral in a flashforward to the far future.

Ben Wyatt himself Adam Scott is the next Parks and Rec star to join the Marvel multiverse. He’s currently filming Sony’s Madame Web. Although not officially confirmed yet, he’s thought to be playing Peter Parker’s Uncle Ben.

Likewise, Jason Schwartzman is set to star in Spider-Man: Across the Spider-Verse as the sequel’s main villain, The Spot. He previously turned up in a couple of Parks episodes as video store clerk Dennis Lerpiss.

Some Parks and Rec guest stars had already appeared in Marvel productions before they joined the show. Case in point, Spider-Man legend J.K. Simmons, who played Mayor Stice in season five.

Martin Starr had a cameo in The Incredible Hulk before appearing in an episode of Parks season four. He later returned to the MCU for the Spider-Man trilogy as Peter’s teacher Mr. Harrington.

Parker Posey played Leslie’s ex-best friend/nemesis in Parks and Rec season two. Sorry to have to remind you this film exists, but she had previously portrayed Danica Talos in Marvel’s Blade: Trinity.

Parks and Recreation is available to stream on Peacock. She-Hulk: Attorney at Law releases new episodes Thursdays on Disney Plus.