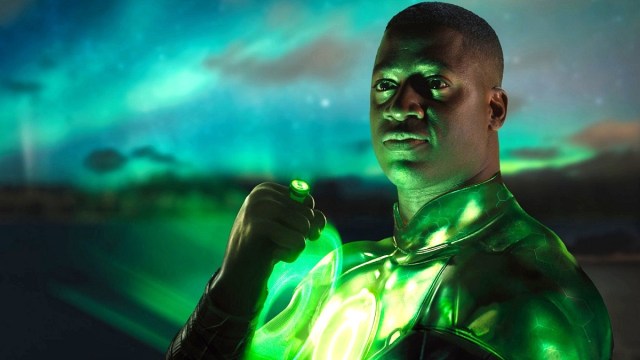 Green Lantern fans have been waiting on the corps of Emerald Knights to make their way back to screens for 11 years and counting, ever since Ryan Reynolds’ much-maligned movie tarred the franchise in 2011. With the once-primed Green Lantern Corps film falling by the wayside, it’s now all on HBO Max’s Green Lantern TV series to relaunch the IP to its deserved glory.

And yet if you’ve been closely following the show’s development, you may want to forget everything you know about the series as the project is undergoing a top-to-bottom creative overhaul. As per The Hollywood Reporter, a full season’s worth of scripts have been junked as Warner Bros. Discovery bigwigs have decided to pivot the focus away from the two GL Corps members who were supposed to star and refit it around a totally different hero.

Finn Wittrock and Jeremy Irvine were originally on board to lead as Guy Gardner and Alan Scott, two Green Lanterns from the comics. However, with the TV series being redeveloped, amid head writer Seth Grahame-Smith walking away from the show, both Wittrock and Irvine have been let go. This is because execs now wish for the series to star John Stewart, perhaps the only bearer of a green Power Ring to rival — or even surpass — the popularity of Hal Jordan.

Now that Green Lantern is starting at the drawing board again, there’s currently no telling who could play Stewart, a character who was previously off the table for the makers of the show for whatever reason. Following former DC boss Walter Hamada parting ways with the company, the impetus was taken to begin again from scratch and build the series around Stewart, who recently cameod in Zack Snyder’s Justice League, as played by Wayne T. Carr.

In addition to the shift in central superhero, Green Lantern will now sport “significantly less” in the way of budget and is no longer expected to be the most expensive DC show ever made. A renewed release window has yet to be supplied.