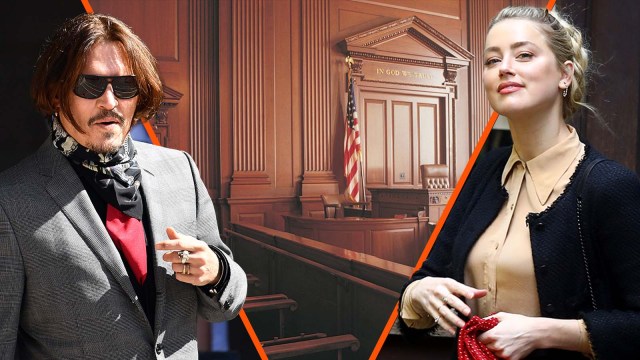 It was only a matter of time before the infamous trial of dueling defamation lawsuits between ex-spouses and movie stars Johnny Depp and Amber Heard would be turned into a dramatized narrative. Incredibly, we’re getting just that less than a year after the trial concluded thanks to a forthcoming film coming to the free streaming service Tubi, called Hot Take: The Depp/Heard Trial.

Our initial guess would’ve been that Hulu might have jumped at the chance to craft another miniseries — in the same spirit as Pam and Tommy — but it seems Tubi has already seized the opportunity and chosen to use the medium of a stand-alone movie to portray the various ups and downs.

So just who stars in this forthcoming cinematic outing that is sure to draw its own swirl of controversy? And for that matter — for the morbidly curious — when does it come out? We’re here to break it all down for you.

Tune in to Tubi to watch Hot Take: The Depp/Heard Trial on September 30 (per Variety), just a few months after a jury largely sided with Depp at the conclusion of the trial in what turned out to be a mixed verdict.