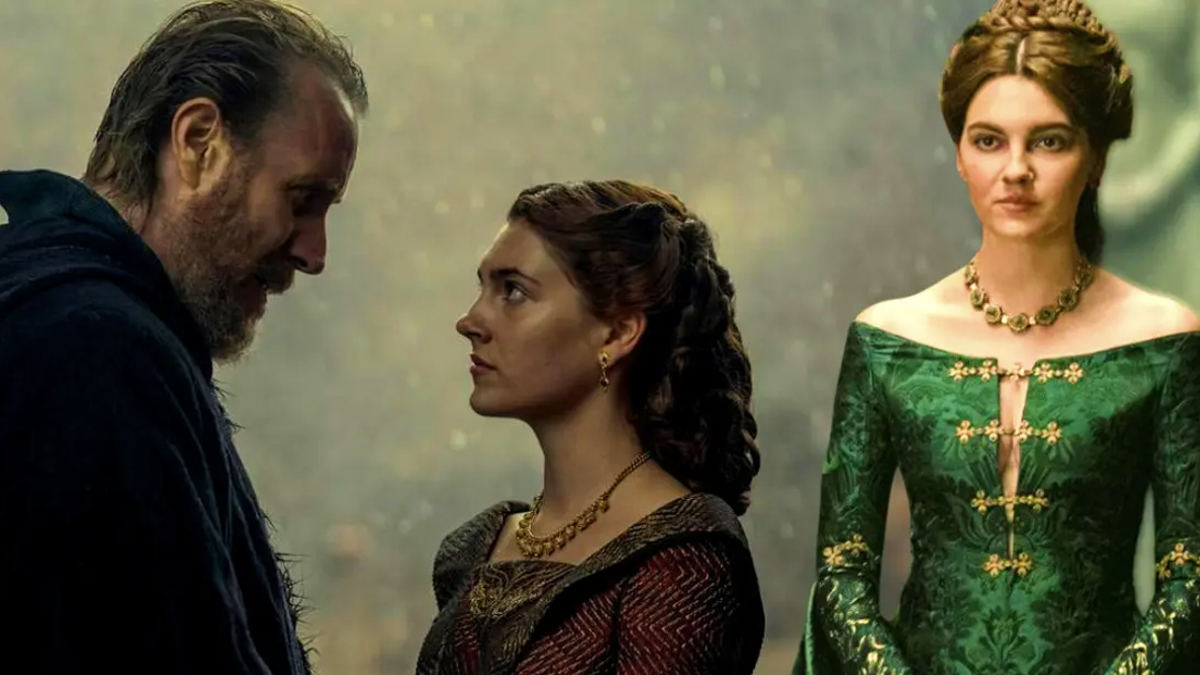 Major Spoilers for House of the Dragon episode five

The fifth episode of House of the Dragon “We Light the Way” has continued with an important tradition of Game of Thrones, that is, synonymizing weddings with unexpected, blood-curling violence and murders. After the Starks’ painful death in the Red Wedding, weddings in the world of Game of Thrones have been redefined as spaces where political intrigues and machinations take the ugliest of forms. House of the Dragon is no exception to this.

The episode saw the wedding celebration of Princess Rhaenyra (Milly Alcock) and Laenor Velaryon (Theo Nate), the son of Corlys Velryon and Rhaenys Targaryen. One of the biggest political marriages of Westeros is indeed an eventful one as it is a step towards reconciling the two powerful houses of Westeros, the formidable Targaryens and the Velaryons.

As Viserys (Paddy Considine) was delivering a heartfelt speech regarding the union of the two powerful families during the celebrations, he was, much to the shock of the guests, quite unceremoniously interrupted by Alicent’s (Emily Carey) entry into the hall wearing a bright green dress. While the focus and gaze of those present as well as the audience immediately shifted to the outfit’s beauty, there were some serious comments made about the color of the dress heralding an upcoming war for survival, an expected occurrence in the world of Game of Thrones. Let’s delve into the subject.

What is the significance of Alicent’s green dress?

The show has indeed done a remarkable job of depicting a fading friendship between Alicent and Rhaenyra after the former’s marriage with Viserys. The previous episodes saw Otto Hightower (Rhys Ifans) emphasizing the significance of choosing the king’s newborn son Aegon II as the throne’s rightful heir. Of course, the former Hand of the King had an ulterior motive that is, to exercise his control over the realm.

However, his desires did not last long as he was removed from his position due to his attempts at defaming Rhaenyra who he accused of engaging in sexual relations with her uncle Daemon (Matt Smith). The recent episode showed Alicent getting the knowledge of Moon Tea from her father, a potion that the king had sent to Rhaenyra for getting rid of any unwanted pregnancies.

Thereafter, she summoned the Kingsguard Criston Cole and enquired about the existence of their affair to which he agreed. Of course, there’s a reason for Ser Criston Cole’s emotional outburst leading to this apparent betrayal which in this case, is his inability to dissuade Rhaenyra from marrying Laenor.

The story doesn’t end here as the audience could feel the shocked and disgusted expression on the queen’s face who held Rhaenyra responsible for her father’s eviction from the post. Next, we see Alicent at Rhaenyra’s wedding celebrations when she made a rather special and regal entry wearing her gorgeous green gown into the space of the celebration.

While all eyes were transfixed on the queen’s entrance, there was one attendee who took a different perspective as he could seemingly gather an idea about the possible direction where the strained relationship within the royal family was heading. It was Larys Strong who pointed out the significance of the color of Alicent’s dress. He said, “The beacon on the Hightower. Do you know what color it glows when Oldtown calls its banners to war?” “Green” was the answer.

This hints at a major upcoming conflict later probably related to the subject of succession to the throne where Rhaenyra’s ascension to the throne would get sabotaged by her stepmother. Alicent’s green dress at Rhaenyra’s wedding celebration and her regarding her as ‘Step-daughter’ with a cold demeanor is an indication that the queen is not going down without a fight.

What is the book’s take on the dress?

Martin’s Fire & Blood has almost a similar take on the issue except for this time, it isn’t Alicent’s dress that becomes a subject of discussion. Five years into her marriage with Viserys, Alicent wears a similar green dress in a tournament but Rhaenyra’s black and red outfit, the symbols of the Targaryen dynasty causes a stir and discussions.

Later, two different factions are created based on whose ascension to the throne is supported. The ‘green’ faction represents the supporters of Alicent Hightower that include Larys Strong and Criston Cole, whose changing attitude towards Rhaenyra in the episode and potential collaboration with Alicent would certainly play an important role in the upcoming battle for power.

The ‘black’ camp representing the supporters of Rhaenyra’s claim to the throne include Daemon Targaryen, Corlys Velaryon, and Rhaenys Targaryen. While Rhaenyra’s sexual preferences seem to have already led to the cry for the battle, it is not certain to what degree would the show rely on the book’s bloody description of the upcoming war. Till then, let’s wait for the major developments in the next episode.

House of the Dragon is currently streaming on HBO