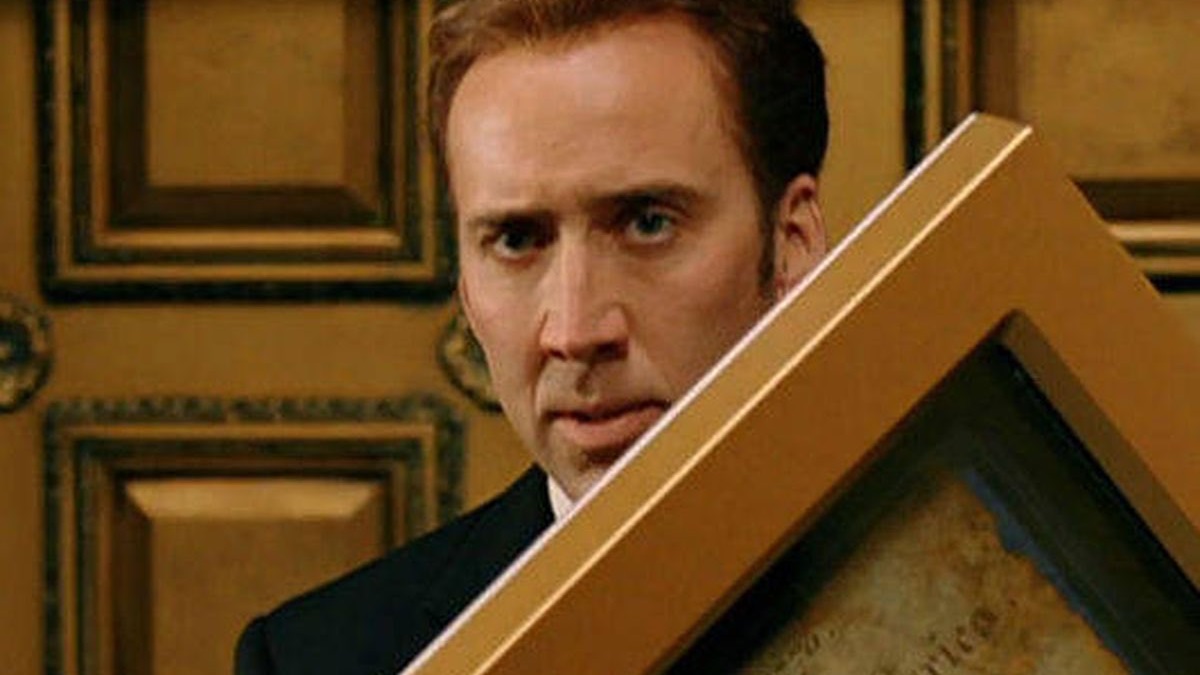 The much-anticipated TV series, National Treasure: Edge of History, is finally here. Not only is it set in the same fictional universe kickstarted almost two decades ago with Nicolas Cage’s Benjamin Gates’ enthralling adventures, but it also includes familiar faces from the two films — Justin Bartha as the tech expert Riley Poole, Harvey Keitel as FBI agent Peter Sadusky, and Armando Riesco as Agent Hendricks. But what about the character that earned the franchise its evergreen fame?

Does National Treasure: Edge of History’s season one also include Nicolas Cage?

Before the debut of the series, there had been rumors that Cage was set to be a part of the new storyline that sees a new group of young treasure hunters embarking on fresh adventures to unravel their set of unique mysteries. In fact, the initial plans were to bring back Cage as well as Diane Kruger, who played archivist Dr. Abigail Chase in the films.

But even though the series is a continuation of the story started by 2004’s National Treasure and picks up 15 years after the events that took place in Book of Secrets where Gates was on a mission to find the Lost City of Gold, it doesn’t include the films’ prime protagonist. Well, at least, not in the literal sense.

Executive producer Marianne Wibberley confirmed at this year’s Comic-Con at San Diego that Cage will not be making an appearance in the series given his packed schedule. And whatever lingering expectations his fans had have been further dashed after the first three episodes of the show landed on the streamer.

But just because Benjamin Gates isn’t present in the flesh, doesn’t mean the brains behind the show shied away from invoking his presence in every way they could.

In the first episode of the series, “I’m a Ghost,” we see Sadusky admiring series protagonist Jess Valenzuela (Lisette Olivera) for her knack for solving puzzles and saying that he “knows somebody” like her. If that wasn’t clear enough, the FBI agent drops another nostalgia ball when he repeats one of Gates’ famous lines.

“I’ve known men like him. Men who did what was considered wrong in order to do what they knew was right.”

We all remember how Ben stole the Declaration of Independence in his quest for the Templar treasure in National Treasure. Well, the second episode of the series refreshes our memories when the ever-curious Agent Ross comes across official reports of what went down in the first film and discovers that Sadusky “arrested the guy who stole the Declaration of Independence.”

But while fans of Ben Gates certainly enjoy these sly references, many are wondering if this is the extent of Cage’s involvement in the franchise.

Season 2 already has a place for Ben Gates

While the remainder of the first season is sadly going to be Cage-less, the same isn’t planned for season two.  Though there have been no official confirmations from the Pig star, showrunner Cormac Wibberley has revealed that they already have a plotline in mind if it becomes possible to bring Cage back as Gates — to make him the Tony Stark Olivera’s Jess needs.

“That’s basically how we saw the relationship if Ben Gates ever showed up. She’s basically Peter Parker to him and would be like, ‘Oh, my God, it’s Ben Gates! What do I do?’”

But even if that doesn’t happen, the production of the series has finally got the ball rolling on National Treasure 3.

Will Nicolas Cage reprise his role in National Treasure 3?

In the years since the second film in the franchise, Cage has, more or less, drowned all hopes of getting a third film by revealing that there had been no significant developments on that front. But after the Disney Plus series got the green light, series producer Jerry Bruckheimer disclosed in a chat with Comic Book that they have finished preparing a script for National Treasure 3 and have already sent it to Cage for review. Now all that remains is for the actor to say yes and let his fans breathe that long-overdue sigh of relief.

At the same time, we should not give up on hoping that the seven remaining episodes of National Treasure: Edge of History might bring back Ben Gates despite all the chatter about Cage not being in it. This won’t be the first time when a star and everyone associated with the project has vehemently denied their involvement only to step out of a magical portal (yes, we are looking at you, Andrew Garfield).

National Treasure: Edge of History episodes are set to air weekly on Disney Plus.