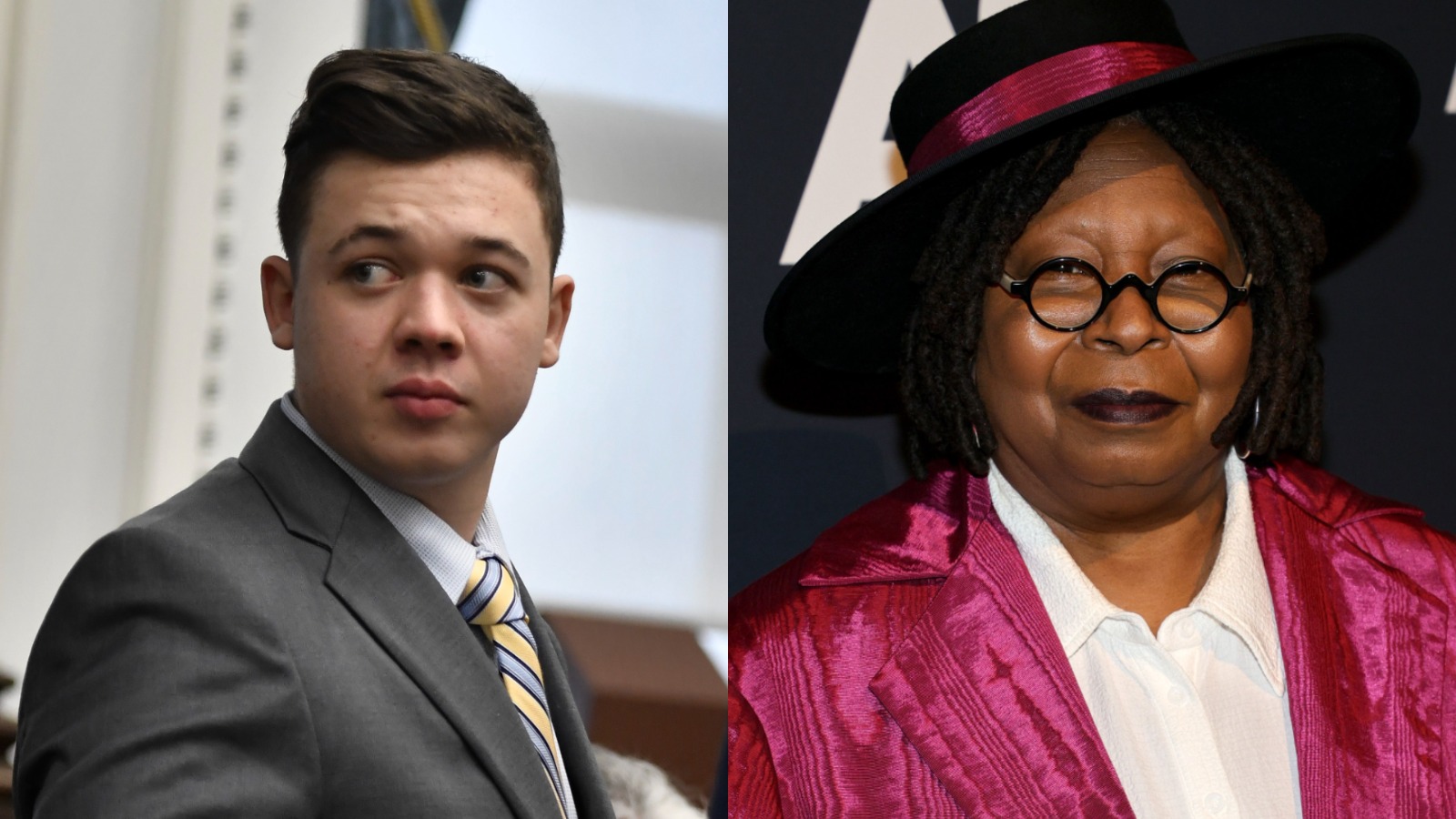 Photo by Jamie McCarthy and Sean Krajacic for Getty Images

Kyle Rittenhouse, the teen acquitted of killing two people during protests against police brutality in Wisconsin, wants to sue those over “lies” they said about him, including Whoopi Goldberg.

The 18-year-old appeared on the Tucker Carlson Tonight show to announce the name of a new initiative, titled ‘The Media Accountability Project’, and how he plans to move forward.

“Me and my team have decided to launch The Media Accountability Project as a tool to help fundraise and hold the media accountable for the lies they said and deal with them in court,” he said.

Carlson asked Rittenhouse who would be on the list, and he named dropped a few people, notably The View‘s Whoopi Goldberg.

“She called me a ‘murderer’ after I was acquitted by a jury of my peers. She went on to still say that.”

Indeed, following Rittenhouse’s trial, Goldberg went on to bluntly share her feelings on the jury’s decision on The View.

“Even all the excuses in the world, does not change the fact that three people got shot, two people were murdered,” she said.

Elsewhere on Rittenhouse’s list was the founder of The Young Turks, Cenk Uygur, who Rittenhouse said “continues to call me a ‘murderer.'”

“They’re all going to be held accountable. And we’re going to handle them in a courtroom.”

Rittenhouse said he got advice in the matter from an unlikely source – Nicholas Sandmann. Sandmann became instantly famous as the “Covington Kid,” when a video depicting him in a Make America Great hat went viral. He was shown standing in front of an older Native American elder in a supposedly angry way. Sandmann appeared on Hannity and said he was suing six news outlets for how they portrayed him.

“It’s terrible, Sean … As a 17-year-old in Kyle’s case and mine 16, your mind is still developing,” Sandmann said.

“So to deal with an overload of stress where you have this feeling that half of the country; hundreds of millions of people; hate you for something that you are innocent of – but how you are painted can do a lot to you mentally.”

Several news outlets, including The Washington Post, settled with the teen.