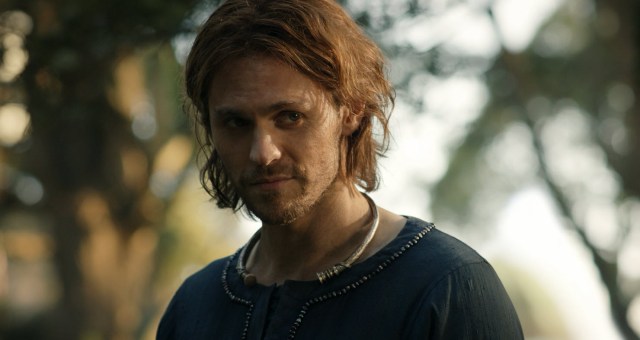 This is it, folks. The first season of The Lord of the Rings: The Rings of Power is officially over.

The final episode of the show’s debut season aired early this morning, polishing off a story two years and more than $700 million in the making. A number of overarching questions were left unanswered, but the finale did provide closure for several of the first season’s storylines. We finally know who Sauron is, after a season of deception and false flags, and the final episode set the stage for what is sure to be a thrilling second season.

Through it all, one character reigns supreme as the MVP of the series. Galadriel and Elrond are all well and good, but it is Durin who fans are largely celebrating in the wake of the final episode. The man behind the stalwart dwarf, Owain Arthur, recently delved into his relationships with other members of the cast and quickly melted fan hearts. His clear love for cast members Robert Aramayo and Sophia Nomvete has elevated him to the show’s reigning victor, both on-screen and off.

We have a lot to go through following that epic banger of a finale, so let’s get to it without further delay.

Evil is unmasked; kneel before your lord and savior

We always knew that it would only be a matter of time before Sauron revealed himself and left chaos in his wake. That happened during last night’s season finale, with Galadriel finally putting two and two together and confronting Halbrand about his lies. The titular big bad easily gave in to the Elven princess, laying out his real identity and true intentions with the hope of turning her heart.

Will Charlie Wickers continue to appear in future seasons as the face of Sauron? We know the Dark Lord can take any form he pleases, so how long until he sheds his current skin for a new one? At any rate, the story of the Rings has now truly started, with Celebrimbor forging the first batch of them, the three rings for the “Elven-kings under the stars.”

Owain Arthur proved himself to be the most precious and heartwarming member of the cast in a recent Entertainment Weekly interview, in which he discussed his bond with Disa actress Sophia Nomvete. The pair apparently bonded during their time behind the scenes, and since have developed a wonderful rapport. Noting that “I love her to bits,” Arthur informed audiences that he’s well aware of Disa and Durin’s presence as the official power couple of Middle-earth.

The Stranger is finally revealed as… an all-too-familiar face

The Rings of Power finale confirmed what we had known all along; The Stranger is definitely one of the Maiar, and an Istari, at that. But which one of the five? Is he Saruman? Is he Gandalf? Is he Radagast? One of the two Blue Wizards? Well, it seems that the Amazon writers’ room is going for the safest option by adopting the most popular wizard in all of fiction.

That’s right, folks. The Stranger is none other than Olorin the Maia, or Mithrandir as the elves would herald him, or Gandalf, as the men of the north came to call him. It might be a huge cop-out in terms of lore accuracy, but let me ask you this: Who among us wouldn’t just love to have Gandalf as a series regular on The Rings of Power?

The Durin/Elrond bromance reigns supreme, on and off screen

In the same interview, Arthur also delved into his relationship with Elrond actor Robert Aramayo. The relationship between the dwarf prince and the elven herald is one of the most popular aspects of Rings of Power, and it turns out that chemistry doesn’t vanish when the cameras stop rolling. The actors are buds in real life too, as it turns out, with Arthur describing him as “one of [his] very best friends.”

Off to the most important question right now: When can we expect ‘The Rings of Power’ season 2?

It’s strange to think that we spent years waiting for The Rings of Power, only for the show’s first season to breeze past us in such a cruelly irreversible way. Such is the ploy of time, and now, we have another long wait, perhaps even as long as two years, ahead of us until Middle-earth returns to live-action once more. The Amazon team, directed by Patrick McKay and J.D. Payne, has only just started shooting the second season, so there’s no telling when the series makes a comeback. At least not exactly. In this article, we try to give our best estimate, though it may dishearten you even more to hear it.

Well, that truly was a whopper, and there’s still much to get to; discussions to be had, theories to be made, and an analysis of the first Rings of Power season now that we have the benefit of hindsight. As such, make sure that you stay tuned this weekend for even more roundups.