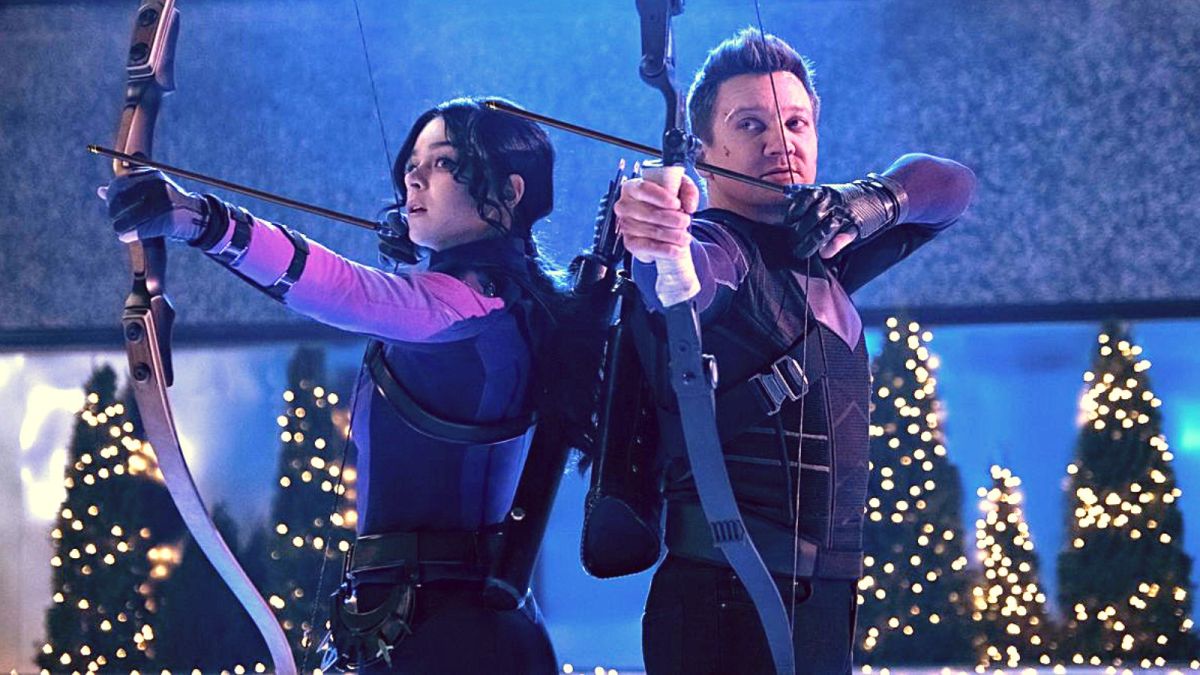 Christmas 2022 might have given us the incredibly wholesome The Guardians of the Galaxy Holiday Special, but remember last year, when we were gifted a complete six-episode season of Clint Barton and Kate Bishop kicking ass among fairy lights and Christmas carols, all wrapped up with a bow on top? (The bow in question being Vincent D’Onofrio as Wilson Fisk and Florence Pugh as Yelena Belova). Well, MCU fans are quite ready for the second dose of that, and announcing it during the holidays would almost be too perfect.

The good news is that Disney Plus’ recent moves seem to indicate that receiving season two of Hawkeye under the tree this Christmas might not be a pipe dream after all.

The streamer took to Twitter to all but flirt with the Hailee Steinfeld-led MCU series, and through it, teased every single one of its fans. A simple “Hey, @HawkeyeOfficial,” completed with hand-waving emoji, and a gif of Kate, sent the fandom into a collective meltdown over the prospects of a season two announcement.

The account for Hawkeye, of course, reciprocated the wave and completed the scene with another gif, this time of Florence Pugh’s charming rendition as Yelena. This has to mean something, right?

It would almost be cruel to play with everyone like that, just look at these reactions:

SEASON 2 WITH THE NEW HAWKEYE AND BLACK WIDOW PLEASEEEEE pic.twitter.com/USIcSbk5io

Don’t toy with us pic.twitter.com/Rjva4j6Ogh

Come on, Disney, ’tis the season to make people’s dreams come true, after all. While you wait, though, season one of Hawkeye is available to rewatch now on Disney Plus.