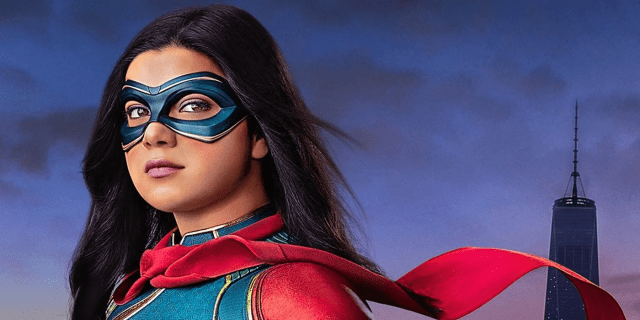 Warning: Big spoilers for the Ms. Marvel finale to be found within.

Marvel fans are still processing the Ms Marvel finale’s big revelation. No, not Captain Marvel’s cameo. In a surprising twist, Brie Larson turning up is only the second most notable thing that occurred. What’s grabbing our attention more is the left-field twist that Kamala Khan is actually a mutant. We truly didn’t see this one coming, mostly because it flies in the face of everything we know about the heroine from the comics.

Obviously, this erasure of Kamala’s Inhuman status has ruffled some feathers in the fandom, but what does the queen of comic book accuracy herself, Iman Vellani, think of the twist? Remember, this is the woman who angrily texted Kevin Feige because Doctor Strange called the MCU universe Earth-616 instead of its accurate designation, Earth-199999. Well, it seems she’s actually OK with it, although she’s not abandoning her own Inhuman-loving roots.

One fan asked Vellani for her take on the mutant retcon in a post-finale Reddit AMA, with the 20-year-old star defending the alteration as a necessary change for a different medium. Here’s her full response:

“Don’t get me wrong I love the inhumans. Black bolt is my father. but I do think the mcu is in a very different place than the comics were and so we were actually able to go this way with Kamala and to be fair the original intent for the comic character WAS to make her a mutant so I am over the moon that this is real and we could make it happen. Sana Amanat and I were freaking out, every single brain cell exploded when we found out we can do this. I was literally refreshing the ep 6 discussion thread on here until someone finallyyyy mentioned it [sic].”

Vellani previously admitted that she “freaked out” upon learning about this reveal, which officially makes Kamala the first confirmed mutant to hail from Earth-616 (sorry, Iman, I mean Earth-19999). She even struggled to get through the scene on set because she was hysterically laughing too much. Still, it’s gratifying to know that, when the episode went live, she was stalking Reddit like the rest of us to see what the fans thought.

As for where Ms. Marvel goes from here, now that she’s a mutant and proud, who knows — but Vellani did tease in this same thread that she’d love a team-up with Wolverine. Kevin Feige’s probably being inundated with texts as we speak.