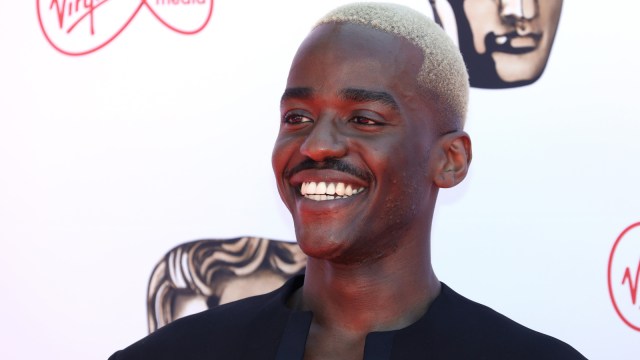 While it’s by no means a prerequisite for playing the role, as it’s completely possible for an actor to come to the show cold and portray the character perfectly, Doctor Who fans definitely love it when our current Doctor proves themselves to be a fellow devotee of the Time Lord’s adventures in time and space. Like David Tennant and Peter Capaldi, for instance, who are bonafide life-long Whovians.

And maybe we can add another Doctor, and another Scot, to that list as it seems incoming incarnation Ncuti Gatwa is a not-so-secret fan, too. Following the immortal sci-fi series debuting its regenerated new logo, not to mention a game-changing new home on Disney Plus, the Fifteenth (not Fourteenth) Doctor answered some questions in a fun promo video released on Twitter.

One of the questions in, er, question saw him reveal which villain he would most like to meet. Thankfully, Gatwa went for a more interesting answer than the Daleks and the Cybermen and plumped for a surprisingly obscure foe only seen in a single story from 2006.

Alongside the pretty standard response of the Weeping Angels, Gatwa chose The Beast, from David Tennant two-parter “The Impossible Planet/The Satan Pit,” with his argument being that there’s no more “ultimate villain” than “the Devil.” You can’t argue with that as The Beast is an ancient and powerful being imprisoned in a planet orbiting a black hole that claims to be the actual devil.

Given that the character is a creation of the Russell T. Davies era, and now Davies is back to helm Gatwa’s episodes, it’s not actually that crazy to suggest The Beast could return. So maybe he’ll get his wish, either in his first batch of episodes or else his second season, which has already been confirmed.

Doctor Who returns in November 2023.