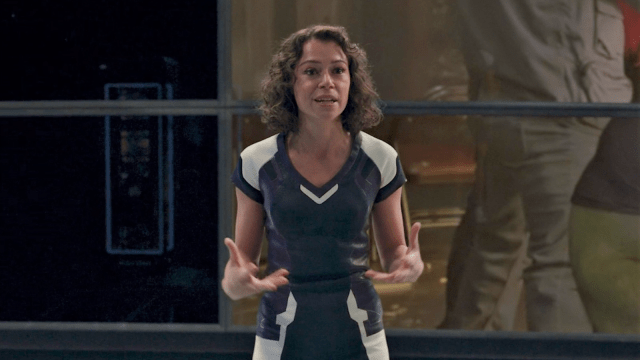 Warning: this article contains spoilers for She-Hulk: Attorney at Law.

She-Hulk: Attorney at Law served the world with a very stunning and unexpected ending that bent the rules around what to expect of a cookie-cutter Marvel ending.

It was one that writer Jessica Gao agonized over, penning twenty different iterations before getting the green light from Kevin Feige to throw the rule book out the window and literally break the MCU.

However, there was one little detail that nearly derailed the whole thing, and it boiled down to the appearance of K.E.V.I.N, the in-universe stand-in for his namesake.

In an interview with The Hollywood Reporter, Gao recounted the formulation of She-Hulk’s ending, and how she and Feige butted heads about whether or not K.E.V.I.N should be wearing one of his namesake’s signature baseball caps.

Despite all of the allowances that Feige made for Jen Walters invading Marvel Studios in the finale, he drew the line at an AI robot wearing a hat, essentially calling it nonsensical – and it nearly led to Gao departing the project.

I said, “Kevin, if you don’t let me put a hat on that robot, then I quit.” (Laughs.) And then there was a split second pause, and he just went, “Thank you very much, Jessica. You’ve done some great work for us, and we really appreciate everything.”

Luckily, thanks to the efforts of visual development supervisor Jackson Sze, the two creatives found a middle-ground for the robot’s appearance, with a curved visor of sorts above its three ‘eyes’ resembling the appearance of a baseball cap.

There was plenty to love about She-Hulk: Attorney at Law, including Daredevil’s now-infamous walk of shame, which Charlie Cox had a lot of fun filming.

We’re glad it played out the way it did, though there’s a vocal part of the Marvel fandom that hasn’t been all that enamored with how She-Hulk was tackled. One of She-Hulk’s comic book writers had a few choice words for those naysayers.

The entirety of She-Hulk: Attorney at Law’s first season is now available to stream on Disney Plus.