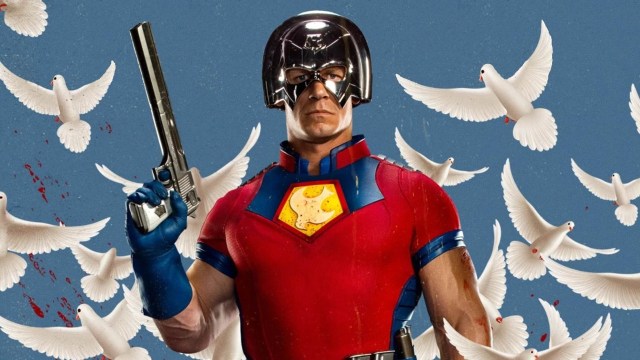 If there’s one downside for DC fans about James Gunn taking charge of the franchise, alongside producer Peter Safran as the new CEOs of the rebooted DC Studios, it’s that he may have less time to work on the second season of his own popular property. Peacemaker floored audiences when it arrived at the top of 2022, transforming John Cena’s title character from the hateable douche he was in The Suicide Squad into, well, a more likeable douche.

Thankfully, Cena himself is here to restore the morale of the Peacemaker crowd. The former WWE superstar took to Instagram today to remind us that season two is still on its way, by sharing an awesome fanmade poster—originally created by artist @myevilgoatee. The artwork depicts Christopher Smith’s blue-gloved hand holding up two figures, one of which has been transformed into a gun barrel, while his beloved pet Eagly pulls a “ta-da” pose. We dig it.

Yes, sadly this is not an official poster or any kind of announcement that work has started on the show’s sophomore run, but we can perhaps take it as a wordless promise to fans that Cena and Gunn have not forgotten how much we all want to see more from Team Peacemaker and their return is coming. In any case, we always knew the wait was going to be a lengthy one, given that Gunn was already busy working on Marvel’s Guardians of the Galaxy Vol. 3 until next May.

Plus, there are plenty more Suicide Squad spinoff projects floating around too, so there’s definitely much more to come from this corner of the DCU (not DCEU anymore, remember). Until then, we can always just keep playing Wig Wam on repeat.