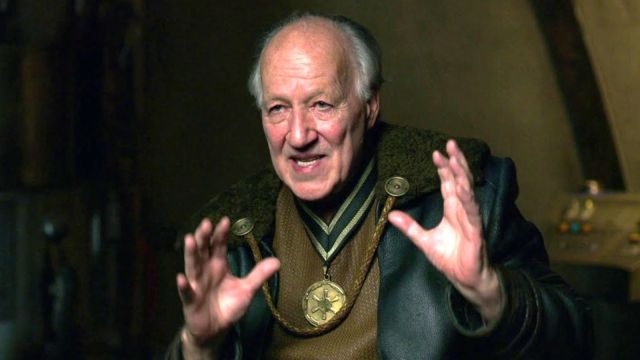 Via Lucasfilm
Review of:

Andor‘s first season is now complete, capping off a critically acclaimed run of episodes with an excellent finale that has us itching for the story to continue in 2024. Tony Gilroy’s grounded take on the early days of the Rebellion, with a strong focus on character development, day-to-day life in a galaxy far, far away, different cultural identities within the Empire, and an obvious political message (despite what he insists) have had many saying Andor should be the template for future Star Wars stories.

Now, we have a slam-dunk idea from Rogue One co-writer Gary Whitta that could be the perfect follow-up:

The Empire was a gigantic organization, with potentially millions of people across the galaxy serving at its height. Examining how the new Galactic Republic ‘de-Imperalised’ the galaxy in the wake of Return of the Jedi would be a fascinating process.

Much like Europe post-World War II, there would be some kind of reckoning with fleeing Imperial commanders and officers likely heading into hiding, with people hunting them down for their many crimes. Most of those directly involved in the destruction of Alderaan were obliterated when the first Death Star exploded, but someone should stand trial for that atrocity. Star Wars does Nuremberg anyone?

However, The Mandalorian showed us that the Empire didn’t completely dissolve overnight after The Battle of Endor and arresting them might not be so easy. Many Imperial commanders went rogue with their battalions, either switching to smaller-scale operations like Werner Herzog’s The Client in The Mandalorian season one, or continuing Imperial activity without supervision like Moff Gideon.

A Star Wars take on The Boys from Brazil or The Odessa File would be awesome, especially as it’d likely give us more insight into New Republic politics we’ve only so far glimpsed in other material. Let’s hope something like this happens, as seeing terrified fascists dragged screaming into the light sounds like a real good time.