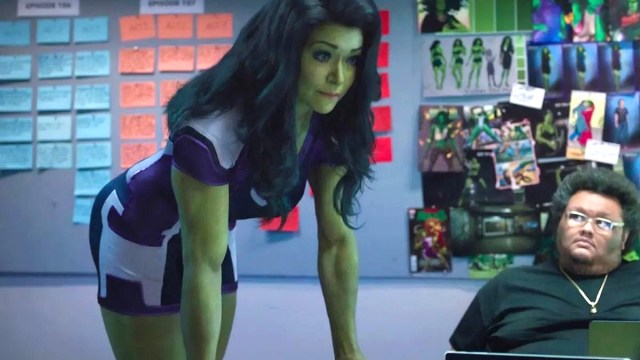 Phase Four has proven to be the most polarizing stage of the Marvel Cinematic Universe by far, but the ongoing battle between critics, fans, and the key creatives involved in She-Hulk: Attorney at Law certainly takes some beating.

The half-hour legal comedy was the subject of a review-bombing campaign before it even began, and while the show has since been officially Certified Fresh on Rotten Tomatoes with an 87 percent score, a 35 percent user rating makes it the worst-rated film or television project in the entire history of Marvel Studios – official canon or not.

To add more fuel to the fire, star Tatiana Maslany and showrunner Jessica Gao admitted that many of the storylines were deliberately designed to be a “f*ck you” to the “tired and unoriginal” trolls who made their opinions known throughout the nine-episode run, with Maslany now casting doubt on a sophomore run in an interview with Extra after saying it “doesn’t seem likely”.

“I mean, I don’t think so, yet. Kevin in the scene seems to be very dismissive of this idea, so, if we’re basing this off of the real Kevin, it doesn’t seem likely. But he was also, I think, just trying to get rid of Jen, because she was asking too many questions… I don’t know. If I could be coy, and have some little secret, I would do that. But, I really don’t. I don’t know anything.”

Loki remains the first and only live-action MCU series so far to be given the okay for a second season, and we’ve got no clue as to how the top brass at Marvel decide which streaming exclusives are worthy of another batch of adventures. Fans would be thrilled were Moon Knight, Ms. Marvel, and Hawkeye to be renewed, but a cursory glance at the internet makes it clear that She-Hulk may not be greeted with similar levels of enthusiasm.