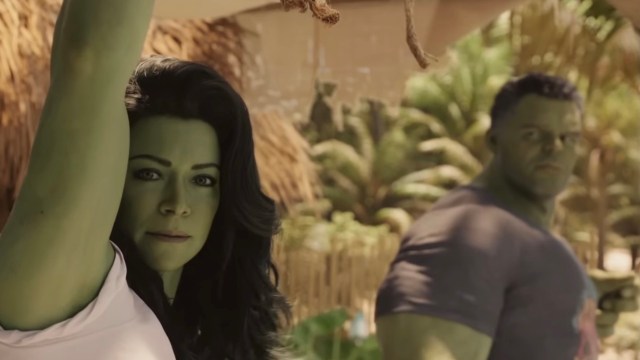 From the teaser clips uploaded by Marvel Studios, fans are expecting She-Hulk: Attorney at Law to offer a fresh outlook on the character, as the titular heroine will occasionally speak to the audience, effectively breaking the fourth wall.

As reported by ComicBook.com, Head writer Jessica Gao and director Kat Coiro revealed during the She-Hulk global press conference how the concept of Jessica Walters’ fourth-wall breaking evolved over the course of production.

For the pair, the character’s self-awareness in the comic books was such an important piece that needed to be retained in the live-action adaptation, especially to offer a more refreshing series overall.

For me, foundationally, I felt like first and foremost the fourth-wall breaking and the kind of meta-humor and the self-awareness [was the most important element to retain]. Because it was the John Byrne run that made me fall in love with this character, you know? It was just so lighthearted and fun and refreshing. So that was always kind of a foundational element.

Gao further shared the “evolutionary steps” that were considered and eventually taken, as well as the direct comic book reference that was eventually scrapped.

It went through a lot of evolutionary steps. How much should she talk to camera? Is she talking directly to the audience? Is there another meta element? Is she talking to somebody else that’s more behind the scenes? At one point there was an iteration in the scripts where instead of talking directly to camera, there were text boxes that were editor’s notes—like the comic books, how there were editor’s notes in comics—and she was actually interacting with the editor’s notes that would be on screen. I mean, we did eventually scrap that idea, but we went through a lot of different versions of how she would do it.

Thankfully, the team was able to strike a perfect balance by breaking the fourth wall and establishing a connection between the series and the audience.

Ultimately it was about finding the balance. Breaking the fourth wall does connect to the audience and draws us in, but not so much so that we’re not connecting to her story in the world that we’ve built.

She-Hulk: Attorney at Law will make its debut on Disney Plus on Aug. 18, and will run for nine episodes until Oct. 13. Tatiana Maslany stars as the titular superhero, while Jameela Jamil, Ginger Gonzaga, Renée Elise Goldberry as supporting characters. Mark Ruffallo, Charlie Cox, and Benedict Wong will reprise their roles from earlier MCU releases as Bruce Banner, Matt Murdock and Wong respectively.