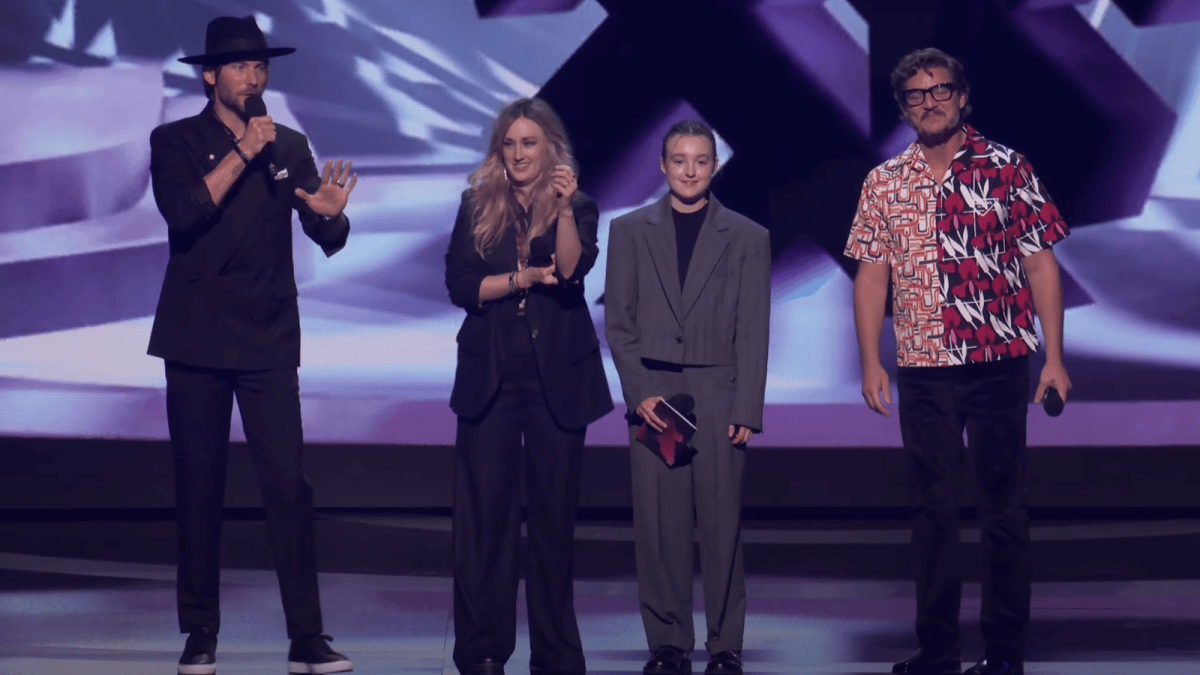 Worlds collided onstage at The 2022 Game Awards when The Last of Us actors Pedro Pascal, Bella Ramsey, Troy Baker, and Ashley Johnson came together to publicly pay their respects to one another for their work in the Sony franchise.

The meeting of the four actors was a collision of Joels and Ellies, with Baker and Johnson portraying the main characters in the source video game which inspired the upcoming live action HBO show, in which Pascal and Ramsey will be taking the reins.

The quartet publicly stated their love for their counterparts performances, with Baker and Johnson telling the audience that they have seen the show and they couldn’t be more thrilled with Pascal and Ramsey’s take on the characters they initially brought life to. Pascal and Ramsey returned the sentiment, thanking the game actors for setting the bar so high.

The four actors were onstage to present the award for Best Action Game, which they delivered while adorably trying to speak unanimously as a collective Joel and Ellie. The high honors went to Bayonetta 3, beating the likes of Call of Duty: Modern Warfare II, Neon White, Sifu, and Teenage Mutant Ninja Turtles: Shredder’s Revenge.

Seeing the actors behind Joel and Ellie’s cross-medium incarnations share such sweet mutual respect only makes us all the more excited for the upcoming The Last of Us TV show which is coming to HBO on Jan. 15, 2023.

Although the more we think about it, the more we realize we’re going to have to live through the game’s most heart-wrenching moments all over again.