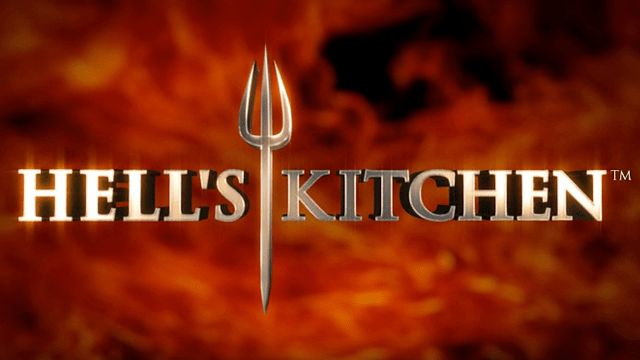 If you’ve ever turned on the television and listened to the echoes of renowned chef Gordon Ramsay screaming about undercooked lobster risotto, then chances are you’re tuning in to Hell’s Kitchen — Ramsay’s long-standing reality cooking series that features two teams of chefs vying for an opportunity to become the head chef at one of Ramsay’s restaurants. The series premiered on Fox on May 30, 2005 and has now successfully aired 20 action-packed seasons that have left viewers in awe — with Season 21 set to premiere on Sept. 29.

Throughout the years, Hell’s Kitchen has introduced a multitude of talented chefs from around the country and an overabundance of unforgettable moments — including kitchen fires, verbal cursing, plenty of tears, and an unfathomable amount of raw lamb. As a result, there are a handful of notable seasons that stand out as the very best that the show has to offer. So, let’s take a look at the 10 best seasons of Hell’s Kitchen — and yes, Gordon Ramsay screams in all of them.

Let’s be honest, the success of Hell’s Kitchen wouldn’t be where it is today without the initial intrigue of the first season — which debuted on television nearly twenty years ago. And while the first season is not the best, it certainly deserves a spot on this list as the driving force behind an entertaining concept that made Gordon Ramsay filthy rich. As the first season, the show inaugurated several first-time challenges for the competitors, such as the Signature Dish Challenge and Ramsay’s decision to split the chefs into two teams. With that said, Season 1 is insanely nostalgic and rightfully earns a spot on this list.

The fourteenth season of Hell’s Kitchen interestingly marked the first time that all three runner-ups were strictly female chefs. On the other hand, the all-male blue team absolutely dominated the red team for most of the season — and the men even set a groundbreaking record for winning the most dinner services in the entire show. As a result, Season 14 is highly remembered as one of the best seasons when it comes to actual talented chefs, seeing as there were plenty of young chefs that were up to the task of being the best.

Much like the first season, Season 2 is far from the absolute best, but it certainly deserves a rightful spot somewhere in the middle. While Season 1 produced a relatively unfamiliar formula, Season 2 magically attempted to find its footing, and in doing so, this season delivered some of the most unforgettable moments in the kitchen — and even during times of intense eliminations. All in all, Season 2 marked the beginning of the inclusion of notable challenges that would later follow in the rest of the seasons. Plus, this season features one of the most promising chefs in the show’s history in Heather West.

The most recent season of Hell’s Kitchen was definitely one of the best and most exciting seasons in the entire show. Season 19 saw a group of talented chefs competing for the opportunity to serve as the head chef at Gordon Ramsay’s restaurant in Las Vegas. Furthermore, Season 19 was arguably one of the most entertaining seasons in Hell’s Kitchen history, with several chefs constantly at each others’ throats and gunning to outperform the other at every roadblock. And with plenty of unexpected twists and argumentative moments, this is undoubtedly one of the best from Ramsay and company.

The sixteenth season of Hell’s Kitchen is cemented in history as the first season that introduced the memorable Black Jacket Lounge — which features several entertainment props like a pool table, a buffet, and an open bar — and was home to the final handful of chefs that were handpicked by Ramsay himself. Each participant that was picked received a black jacket, rather than the typical blue or red colored jacket that the chefs sported all season long. Additionally, this season was the third to feature an all-female top three, which we can’t help but cheer for.

Cutting into the top five, it’s both ironic and fitting that the fifth season of Hell’s Kitchen is placed at this spot. Season 5 featured some of the most jaw-dropping eliminations in the entire show, and in doing so, the season made for some intriguing competition amongst the chefs. Additionally, Season 5 included a strong lineup of talented chefs that were hungrier than contestants in prior seasons — which undoubtedly fueled the entertainment factor of the season and helped to maintain strong viewership. And while the fifth season might not have an overabundance of shocking moments, it truly stands as one of the best.

The ninth season of the hit reality series was arguably one of the highest-ranked seasons in the history of the show, and for several good reasons. Due to scheduling conflicts and a countrywide writer’s strike, Season 19 was the only season of Hell’s Kitchen that year, along with each episode receiving different time slots and being released on different days of the week during its run. Nevertheless, the show managed to entertain eagle-eyed viewers, and the season even introduced Charity Dinner Night, which was a special dinner service for charity members that created some quality television that had lacked that year.

Cracking into the top three, it would seem criminal to not include the star-studded and unforgettable sixth season of Hell’s Kitchen — and if there were ever a season of foul-mouthed characters, then Season 6 definitely fits the bill. Season 6 saw the memorable confrontation between fiery contestant Joseph and Gordon Ramsay — where Joseph threatened to fight Ramsay in the parking lot and tossed several curse words in his direction. This season also featured chef Dave Levey, who is arguably one of the best chefs that has competed in the reality series.

Without a doubt, the tenth season of Hell’s Kitchen was one of the most entertaining seasons in reality television history. On top of that, Gordon Ramsay found a life-long executive chef in Christina Wilson — who won Season 10 and eventually became one of Ramsay’s closest kitchen advisors. This season ended up being a strong season with an array of incredibly talented chefs that kept up the ever-present competitiveness in the show. This season also marked the first time that a chef from the red team won the Signature Dish Challenge — which is certainly an accomplishment in itself. As a result, it stands as one of the very best.

Saving the best for last, the eighteenth season of Hell’s Kitchen is unequivocally the top tier season in the show’s long-standing history. For the first time ever, Chef Ramsay introduced the concept of rookies and veterans competing against each other to determine who is the very best chef. As a result, it marked the first time in Hell’s Kitchen history that the teams were not split up based on gender. In doing so, Ramsay mixed pure talent and competitiveness together in order to create the two most dominant teams of chefs. The unique concept provided a fresh spin on the show — which is definitely necessary with a show that’s been on television for nearly two decades.