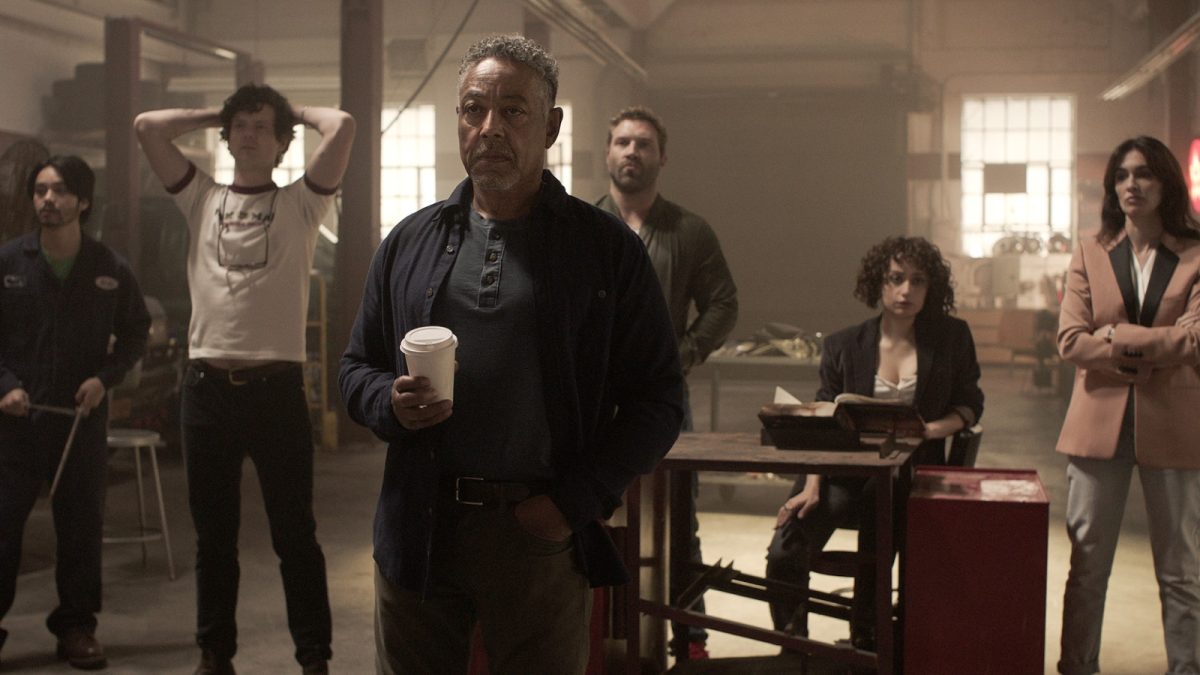 A few months ago, Netflix unveiled a new limited series called Kaleidoscope, which tells the story of a fictional heist in the making for 25 years. The most interesting aspect to create hype around the series was its format: episodes would be named after colors and could be watched in any order that viewers preferred. In fact, the idea was that each user got the episodes in a different order as well.

Kaleidoscope was released on Jan. 1 to mixed reception — most critics were not convinced, citing the innovative format as about the only good thing about it, but a majority of the audience had fun with the story, which quickly rose to the highest spot among the platform’s biggest shows. Netflix did deliver the first seven episodes in different orders to each user, while keeping the last one, “White,” the same for everyone. That is the episode where the actual heist takes place.

And now, after a few days of release have passed, it is time to take a closer look at how that order actually affects the viewing experience.

Despite the unique format, viewers won’t have any trouble following the story or getting immersed. Each of them takes place at a different point in time, leading up to the heist or the aftermath, and all or at least most of them feel like appropriate beginning chapters. If you thought Kaleidoscope would get confusing, fear not, because that is not the case.

Because each episode picks up the story at a different point in time, things are not always the way we last saw them. With each new chapter, you may fill in the blanks of the previous ones, or come up with different theories of what — and who — can go wrong in the plan. Theories intensify if you jump straight to the future. And the intended final episode wraps up all the loose ends.

But is there an optimal order to watch Kaleidoscope? Netflix itself suggested four structures to make sure the story is told in an order that suits your style.

The most straightforward of all. You can’t go wrong with chronological order, especially if you are not a fan of going back and forth in time. It allows you to understand the motivation behind each step of Leo Pap’s (Giancarlo Esposito) plan, and behind a few actions of other characters as well. This order does change the intended ending a bit, though, because the “White” episode is not chronologically the last.

To watch Kaleidoscope in chronological order, this is the list of when each episode is set:

The Master of Horror himself, author Stephen King, echoes this suggestion. On Twitter, he went straight to the point: “I suggest watching chronologically.”

As a Tarantino film (Netflix suggestion)

Watching in this order, you start by being introduced to the villain, target of the heist, in “Blue,” set in the final days before the plan takes place. Jumping from that to seven years before, then from 24 years before to six months after, you definitely get the twists and turns in time that any Tarantino fan loves.

Here is how to watch Kaleidoscope as a Tarantino film, according to Netflix:

As Orange is the New Black (Netflix suggestion)

Orange is the New Black is mostly set in prison, which is where the “Green” episode begins, and where we meet Leo Pap before he was Leo Pap. By immediately jumping 24 years back in time, then fast-forwarding to the morning after the heist, it gives you enough backstory to understand the characters’ motivations while leaving a lot of blanks to be filled. And because the seventh season of the hit series provides some closure in the inmates’ futures, this order also finishes with the episode that is chronologically the last, “Pink,” which takes place six months after the heist.

Here is how to watch Kaleidoscope as Orange is the New Black, according to Netflix:

The only difference between this order and the one above is moving the “Orange” episode to the very beginning. But that changes everything. Doing it changes the focus from Leo Pap to Agent Nazan (Niousha Noor) of the FBI, who is determined to stop their plan. Depending on where you start, you might be more or less sympathetic toward the agent, and this order is more likely to make you hope she gets her way — despite it being her against the world.

Here is how to watch Kaleidoscope as a classic detective story, according to Netflix:

The order you get

Honestly, there are a lot of possible ways to experiment with the order, but nothing can go wrong if you let Netflix’s random algorithm pick the order for you. It’s safe. There is a guarantee that it will end with the “White” episode, but all the rest can change from any of the lists we included above. And there is something exciting about not knowing where, or when, the story will take you next.

The suggestions above are also useful to allow you to come up with your own ideas. You can even watch them in the order of the colors of the rainbow, from “Red” to “Violet,” followed by “Pink” and “White.” This is the fun of Kaleidoscope.