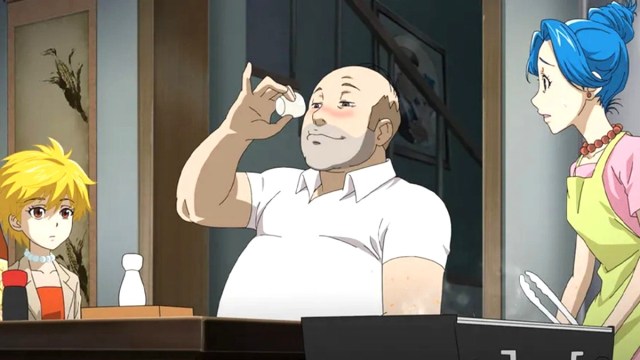 The “Treehouse of Horror” Halloween specials are often fan favorites, as they force The Simpsons to break out of its comfort zone and try something a little different. The immortal series occasionally uses the non-canon status of the specials to try out a new animation style, for example. The pioneering CG-animation used in 1995’s “Homer3” and 2020’s Pixar-parodying “Toy Gory” spring to mind. But this October’s TOH episode will go where The Simpsons has never gone before: into the realm of anime.

This year, the series will be celebrating Halloween twice over. Following the full 30-minute long parody of Stephen King’s It that premiered last weekend, which launched a new format titled “Treehouse of Horror Presents,” the regular three-in-one anthology episode will follow this Sunday. While the opening and closing installments will spoof The Babadook and Westworld, it’s the middle entry that fans will most want to pay attention to.

Titled “Death Tome,” the installment is naturally a parody of iconic anime series Death Note, and to do the tale justice, the story will be realized in authentic anime-style animation, including anime takes on all your favorite characters. If that concept has you hooked then you won’t want to miss “Treehouse of Horror XXXIII” — yes, they’ve made 33 of them at this point! — when it airs this weekend.

How to watch The Simpsons’ first foray into anime

As always, “TOH XXXIII” will premiere in The Simpsons‘ usual slot of 8 p.m. ET on FOX this Sunday, Oct. 30, aka Halloween Eve. Outside of simply catching it via the network, you can also stream the episode live with the help of a range of different streaming services. Namely, DirectTV STREAM, Hulu Live TV, YouTube TV, Sling TV, and fuboTV. If you’re unable to watch the ep live, though, you may wish to catch up with it on Hulu the day after its initial airing.

As for those wondering when it’ll arrive on Disney Plus, unfortunately you’ve got a bit of a wait. The Mouse House’s platform doesn’t add The Simpsons‘ newest season to its library until all its episodes have been released and the next run is about to launch. So “TOH XXXIII” won’t land on the Disney service until the full 34th season is added in October 2023 (going by previous years).