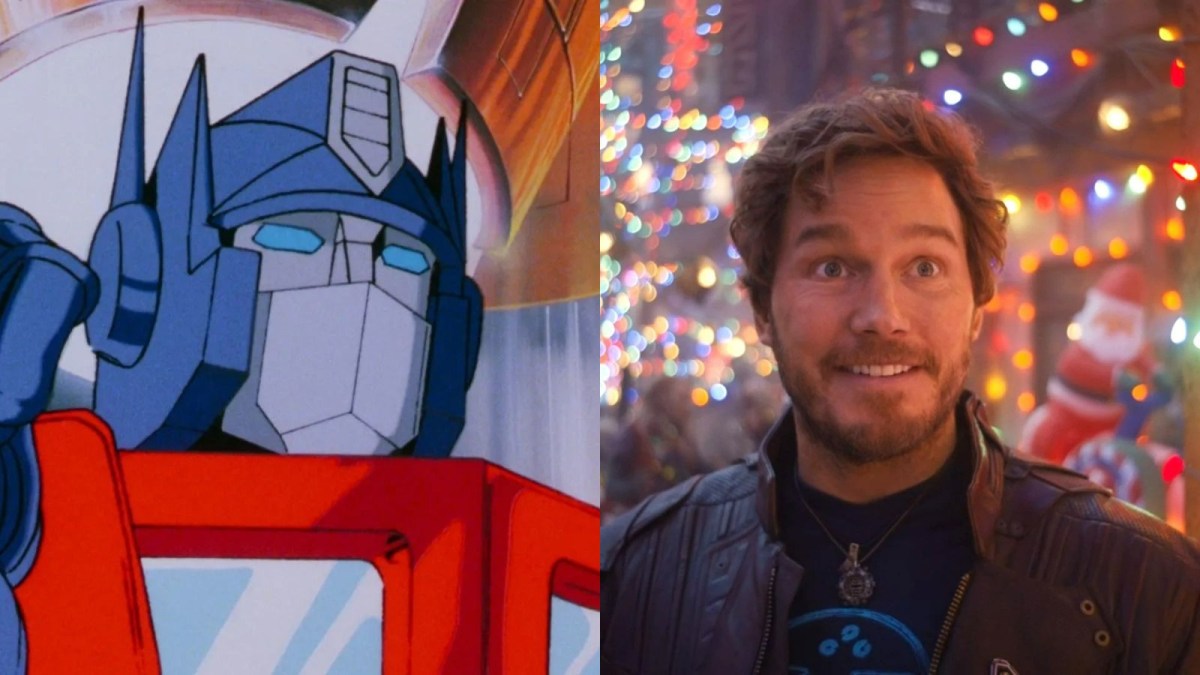 James Gunn has a tendency to throw canon to the wind for the sake of a hilarious joke that he knows will blow the fans’ minds – see Stan Lee being revealed as a messenger for the Watchers in Guardians Vol. 2 or the references to Bat-Mite in DC’s Peacemaker. Well, he’s only gone and done it again in The Guardians of the Galaxy Holiday Special, now streaming on Disney, which manages to make a whole other franchise that’s not owned by the Disney part of MCU canon.

When Drax and Mantis first arrive in Hollywood, they come upon a range of performers in costumes posing with passers-by outside of the TCL Chinese Theater. This includes an unfortunate individual dressed in a GoBot costume – who Drax immediately tries to assault. As Mantis holds her friend back, she apologizes and explains that “GoBots killed his cousin.” This is a hilarious moment on its own, but it gets a lot funnier when you realize that, by implication, it brings the entire Transformers universe into the reality of Earth-616.

You see, GoBots hail from an 1980s toy/cartoon franchise that actually predates Hasbro’s more famous robots-in-disguise by a full year. Ironically, however, the GoBots’ rights were ultimately snapped up by Hasbro in the 1990s and they were folded into the extended Transformers-verse. The stroke of genius behind this Guardians joke, though, is that Marvel and Transformers have a long shared history. The classic ’80s animated series was even produced by Marvel Productions and Marvel UK once published an acclaimed run of comic books.

And so, just as Gunn no doubt planned, the fans are naturally tearing their hair out wondering how the GoBots could be both fictional characters and real beings in the MCU.

Now they’re getting it…

Wait, so does that mean the gods of the Transformers, like Primus, are Celestials? And are Unicron and Galactus — both planet-devouring entities — secretly best buddies? The possibilities are endless…

Sadly, with the screen rights for Transformers resting with Paramount Pictures, fans shouldn’t hold out hope for, say, Optimus Prime and Captain America joining forces. But at least now we know that both worlds are part of the same big multiverse of madness.