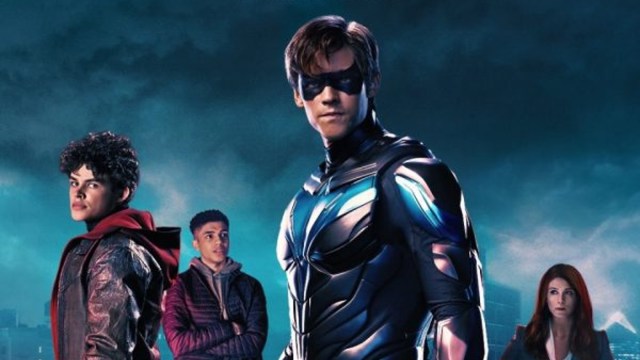 Titans is coming back for season four, and the heroes will be facing one of DC’s greatest villains with a very personal connection to the team. It’s one of DC’s last remaining shows after the CW axed the majority of its lineup, but HBO Max’s Titans and Doom Patrol escaped unscathed.

The story follows a team of young people trained by the first Robin, Dick Grayson (Brenton Thwaites), who struggles with his identity as a hero after his falling out with Batman. Through the help of his new friends, an alien with no memory of her home planet, Koriand’r/Starfire (Anna Diop), a teenage girl with mystical powers, Rachel Roth/Raven (Teagen Croft), and the animal shape-shifter Gar Logan/Beast Boy (Ryan Potter), he discovers a new path. Together, they form the Titans, and other heroes join them along the way, such as Dick’s replacement Jason Todd/Robin II (Curran Walters) and Wonder Woman’s sister, Donna Troy/Wonder Girl (Conor Leslie), along with superhero duo Hawk (Alan Ritchson) and Dove (Minka Kelly). Dick becomes his own man with a new hero identity: Nightwing.

This is everything we know about the new and returning cast, the plot, release date, and more.

The majority of the main cast will be returning for season four. Thwaites, Diop, Croft, and Potter are coming back, and Walters is expected to return as Red Hood in some capacity. In season three, Red Hood teamed up with Jonathan Crane/Scarecrow (Vincent Kartheiser), and it’s unclear what his role will be with the team going forward. Joshua Orpin as Conner/Superboy and Jay Lycurgo as Tim Drake/Robin III will return as series regulars as well.

Season four will have no shortage of villains. Joining the cast will be Joseph Morgan (The Originals, Vampire Diaries) as Brother Blood, an introvert with darkness hidden within him, Franka Potente will be Mother Mayhem, a natural leader who’s a dangerous predator, and Lisa Ambalavanar as Jinx, a master of dark magic. Titus Welliver (Bosch) will also be joining the series as Superman’s greatest foe, Lex Luthor, the supervillain with the funds and the intelligence to create major trouble for anyone he sets his sights on. In good news, Welliver is a hardcore DC fan, and he’s taking the role very seriously.

In Titans season three, the team went to Gotham City and set up shop in Wane Manor. Jason todd was killed by the Joker with a crowbar, and Batman (Iain Glenn) retaliated by killing the clown. The Titans become Gotham’s new protectors, but there’s a new threat. A villain named Red Hood has taken control of Gotham’s crime bosses through intimidation and has been forcing citizens to commit criminal acts.

During a fight with Red Hood, Nightwing discovers that it’s Jason Todd returned to life (he used the Lazarus Pit). Barbara Gordon (Savananah Welch) is working with Scarecrow for his profiling skills, but of course, he has ulterior motives. He escapes from prison and works with Red Hood, who he’s been drugging with his own experimental concoctions to rid the boy of his fear, and they move forward with remaking Gotham. Scarecrow’s story ends with him setting up fear toxin bombs throughout the city and the Titans have to reclaim the Batcave computer to stop the plot.

In season four, the Titans are on the road and traveling back to San Francisco. They first stop in Metropolis, where they’ll encounter a supernatural cult that has them in their line of sight. This is where Brother Blood and Mother Mayhem come in to cause some serious problems for our heroes.

Lex Luthor will add to their problems. Superboy is a clone, half Superman and half Lex Luthor, and he will likely have a greater plan for his boy. In the comics, Lex tries to lure Superboy to the Dark Side, but Conner has already been controlled by Cadmus to fight his friends in season two. Mercy, Lex’s assistant, tried to sell Superboy on the black market, but Lex’s aims are much grander than just making money.

While the exact date hasn’t been confirmed, it’s been announced it will come to HBO Max sometime in November. Originally, the series was expected to return in September or even October, but that didn’t happen.

It was announced that Titans and Stargirl will crossover in Titans season four. Stargirl actress Brec Bassinger shared on her Twitter a behind-the-scene photo with her and Potter on the set, putting the rumors to bed. Before that, fans spotted Stargirl’s Blue Valley High School on the set of Titans, so it was likely the shows would unite. It’s still not known what event will bring them together, but with villains like Brother Blood and Lex Luthor around, there are any number of reasons for the Titans to call in reinforcements.

The other rumor that’s yet to be substantiated is that Doom Patrol will be joining the crossover. All three shows were once on the DC Universe app, separate them from the Arrowverse’s shows. That puts them in their own group, and Titans, Stargirl, and Doom Patrol each made a cameo in the Arrowverse’s crossover Crisis on Infinite Earths at the end of the event, but they were on their respective Earths. This crossover would be the first time they’d fully interact with each other.