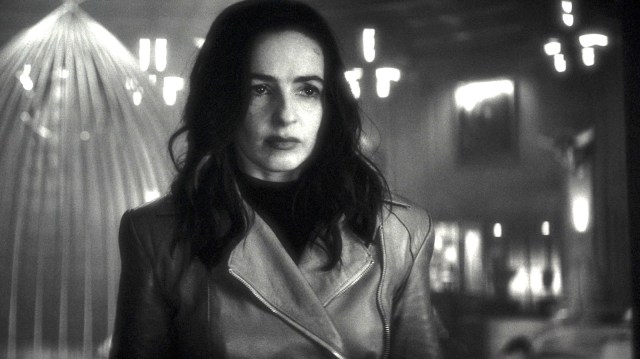 Werewolf by Night, the very first Marvel Studios Special Presentation (aka what used to be simply called a TV special), went and introduced three key players from the horror side of the MCU into the franchise for the first time. Apart from Gael Garcia Bernal’s eponymous lycanthrope, there was his swamp monster buddy Ted/Man-Thing, and monster hunter extraordinaire Elsa Bloodstone, as played by British actress Laura Donnelly.

Comic book readers will have noticed that the MCU’s Elsa differs quite considerably from her counterpart on the page where the red-headed young adult heroine is rarely seen without a shotgun in each arm while wearing an orange leather jumpsuit. This is because Werewolf by Night director Michael Giacchino was keen to move the character away from that for her TV depiction, revealing to ComicBook that he had no interest in retaining this “hypersexualized” portrayal.

Giacchino went on to praise Donnelly as the perfect person to bring his vision for Elsa to life, likening her to the kind of actress who would have starred in the original Universal horror movies that the Special Presentation was aiming to emulate.

“And Laura Donnelly embodies all of that in spades. She is just the most incredible actress when you just put her in front of the camera and you feel like you’re watching an old 1930s movie star.”

While the MCU’s Elsa Bloodstone is unlike the comics character in many ways, in others she’s a close match, including her sardonic personality and estranged relationship with her late father Ulysses. Likewise, she still has the Bloodstone, the powerful gem that typically imbues her with superhuman strength, agility, and regenerative healing factor.

With any luck, we’ll be seeing more Donnelly as Elsa in the MCU in the near future, either in another horror-themed Special Presentation, or maybe even in some kind of team-up project.