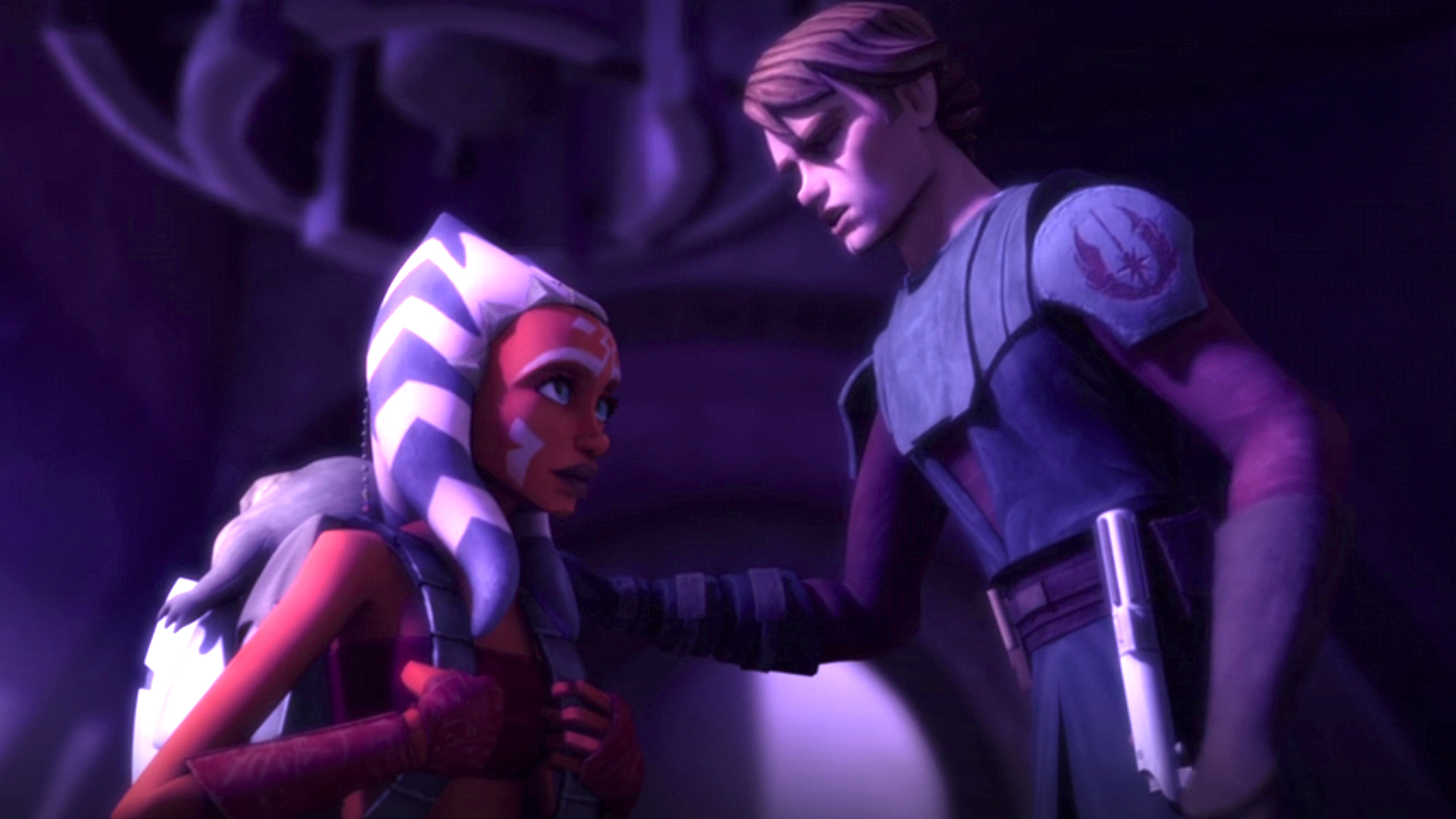 Photo via Star Wars: The Clone Wars/Disney Plus

Ahsoka Tano is one of the most well-known characters in the Star Wars universe. After making her debut in 2008’s Star Wars: The Clone Wars movie, Ahsoka quickly cemented herself as a massive part of the canon and a fan-favorite character.

One persistent detail about Ahsoka often leaves newcomers confused, however. They can’t help but wonder why Anakin Skywalker consistently calls Ahsoka by the seemingly odd nickname of “Snips.”

In Star Wars: The Clone Wars, viewers were treated to Ahsoka’s rather understated debut. While doing a mission on the planet of Christophsis, Obi-Wan and Anakin Skywalker are introduced to the young Togruta.

Ahsoka wastes no time in informing Anakin that she has been granted the rank of Padawan, and will be studying under Anakin’s tutelage. In later media, viewers were given the opportunity to fill in the gaps about Ahsoka’s life. Over the course of the Clone Wars series, they discovered that she was discovered by Plo Koon and was accepted into the Jedi Order at the age of three.

Since her debut in The Clone Wars movie, Ahsoka has appeared in loads of other Star Wars media. She even had a voice cameo in 2019’s The Rise of Skywalker and made the jump to live-action in season 2 of The Mandalorian.

Why does Anakin call Ahsoka Snips?

Anakin and Ahsoka’s relationship starts off on uneasy ground, but gradually improves over time. Their initially unsteady relationship is born both of Ahsoka’s outspoken nature and of Anakin’s unease regarding the pairing. Anakin is consistently shown as uncomfortable taking on the role of teacher, particularly given his lack of experience or patience when it comes to a mentoring role. This, paired with Anakin’s impulsive nature, leads to frequent clashes between he and Ahsoka.

The turmoil all turns out to be part of Yoda’s grand plan, after it is revealed he believes Anakin needs to learn how to let go of people. Viewers eventually come to realize that Yoda, in hopes of seeing Anakin grow emotionally, aimed to use his mentoring relationship with Ahsoka to become more comfortable with people moving on in life.

The tension between Anakin and Ahsoka eventually reaches a boiling point, as Ahsoka’s joking reference to Anakin as “sky guy” grinds on his nerves. In response, he begins referring to Ahsoka as “Snips,” in reference to her snippy attitude and her habit of snapping back at him during heated conversations.

Eventually, Ahsoka earns Anakin’s respect and friendship. As time progresses through The Clone Wars television series, the two are seen building a close bond and excellent working relationship that fans continue to cherish to this day.