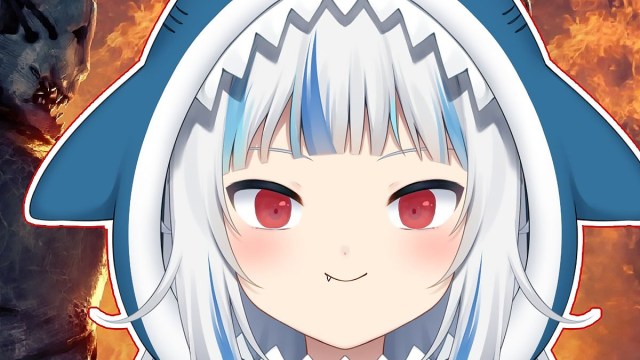 If you know your way around the VTube world, you’ve certainly heard about Gawr Gura. As of now, she’s the most popular virtual character in the YouTube space, gathering over four million subscribers since her debut in September of 2020. Her channel is mainly used for lengthy live streams, where she can be seen doing karaoke, and often plays videogames while interacting with the audience. But what is known about the mysterious Gawr Gura?

Gawr’s rise to fame first started in 2020 with an audition for Hololive Production, a Japanese-owned agency that specializes in creating virtual YouTubers. Over the course of almost two years her YouTube channel has grown exponentially, achieving milestones such as being the fastest growing VTuber channel, and the first VTuber to reach the three million subscribers mark.

Gawr Gura was designed by Amashiro Natsuki, an independent VTuber who is known for illustrating a few other virtual characters. The design is fairly simple; Gawr is on the shorter side, with white shoulder-length hair with some blue highlights, sharp teeth, and a shark tail. She is usually seen wearing her signature blue hoodie, which resembles a shark, and a blue trident taller than herself. As for her personality, Gawr Gura is said to come from a mysterious island, the legendary underwater city of Atlantis, and is somewhere between 9,000 to 10,000 years old. No exact age has been provided, as she tends to forget it, often giving different numbers when asked.

As is typical in the world of VTubers, the topic of a face reveal is brought up often by her subscribers. Despite this, Gawr Gura has not done a face reveal as yet, choosing to keep her identity a secret to such an extent that no information has ever been disclosed about the person behind the virtual curtain. The only thing her audience knows for sure is that Gawr is an English speaker, though her country of origin is anyone’s guess.

This is not a surprise as virtual YouTubers are usually quite reserved people who don’t like to show their faces. It’s also likely that a lot of VTubers have not one but several people behind them, especially when associated with a corporation, which would make face reveals quite a complicated feat.

The enigma around Gawr Gura will likely continue for the time being, as will her incredible popularity. One thing is for sure: when the time comes for the curtains to open, we’ll all want to be there.