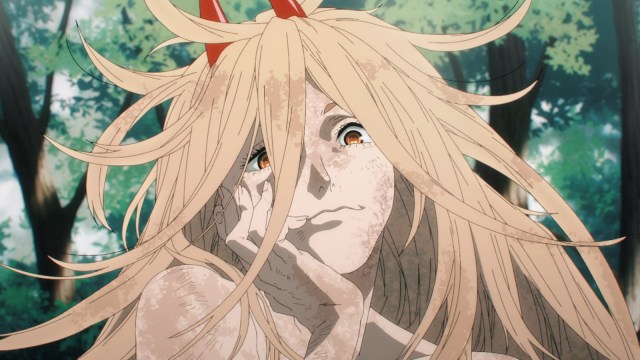 Chainsaw Man continues to delight gore enthusiasts everywhere, with each new episode better than the last. The fun is just getting started, though, as there are still nine episodes to air before the season’s conclusion. And beyond that, the Chainsaw Man manga has plenty more incredible content to offer.

In episode three, the audience witnesses a grief-stricken Power being swallowed whole by the Bat Devil, much like what happened to Meowy, her cat. Hurt by her four-legged companion’s death, Power didn’t even put up a fight against the Devil; she simply let it happen. Later, Denji engages the Bat Devil in a fight, but the episode comes to an end before we see who comes out victorious. The cliffhanger caused a stir among viewers, who now wonder if Power actually dies in the series. The answer to that question is right here, but be sure to proceed with caution.

Does Power die in Chainsaw Man?

Answering this question is a little bit more complicated than one might’ve thought. To be clear, Power doesn’t die during the Bat Devil arc, despite being eaten by it. Thanks to Denji’s efforts, the Devil is defeated, and both Meowy and Power are freed from its guts, still alive. Although it was a close call, surviving to see another day during this arc doesn’t mean that Power makes it to the end of the story.

Unfortunately, this fan-favorite character is currently dead in the Chainsaw Man manga. During the Control Devil arc, Power meets her end two times, and the second seems definitive. In the first instance, the Fiend is shot by Makima in cold blood, right in front of Denji’s eyes. Power’s torso is immediately blown to pieces, and the remaining body parts fall to the floor, but that doesn’t bother Makima in the least, as she calmly makes her way back to her couch. As we later learn, Power doesn’t fully die from this, and we see her again a few chapters after.

Being a Fiend and the Blood Devil allows Power to remain somewhat alive… as the blood Denji had previously consumed from her. Inside Denji’s body, the Fiend is able to communicate with Pochita, who lets himself be eaten by Power, reviving the character in the physical world. However, the revival is short-lived, as later Power gives her life to save Denji and help him defeat Makima. By making a contract with the protagonist, Power gives him her blood once more and makes Denji promise to look for her reincarnation, so they can one day be friends again. With this, Power as we know her disappears.

As explained in the manga, when a Devil dies on Earth, they return to Hell, but not as the same person they once were. This means that if Denji keeps his end of the contract, fans may see the Blood Devil again, but it won’t be the Power they grew to love. Thus, for all intents and purposes, Power is dead in Chainsaw Man.

New episodes of Chainsaw Man are currently being released every Tuesday on Crunchyroll.