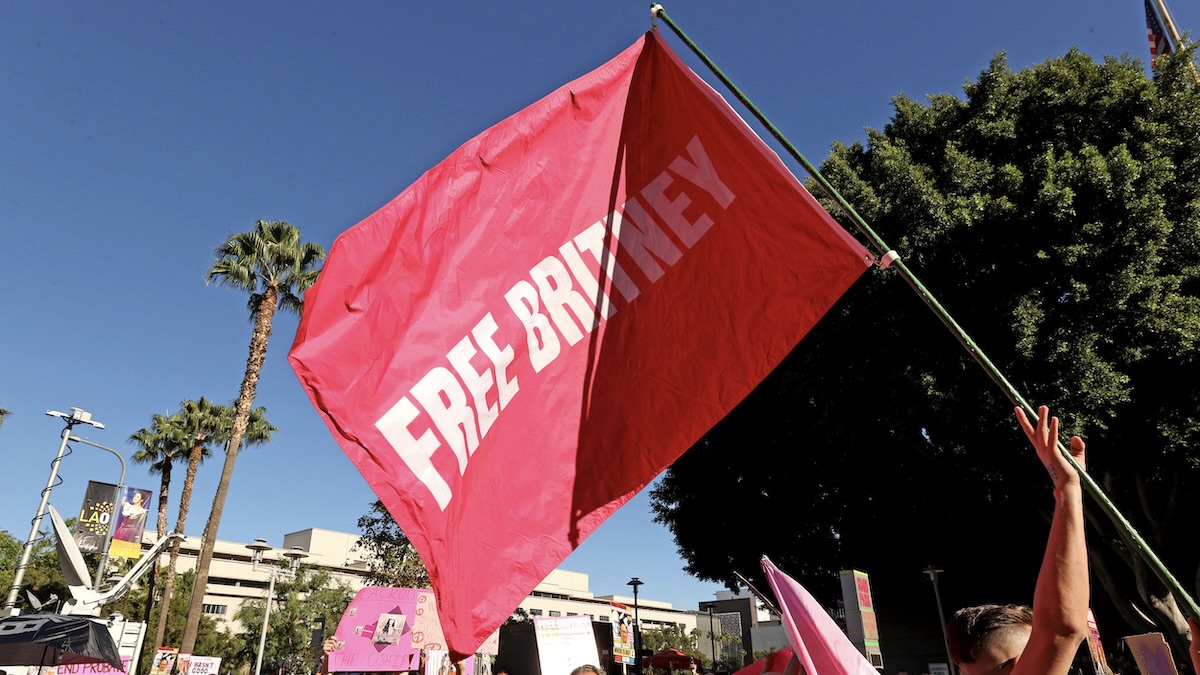 Former Zoey 101 actor Alexa Nikolas has her activist sights set on a new target. After previously protesting what she has categorized as predatorial behavior of the parts on Nickelodeon and Family Guy‘s Seth MacFarlane, Nikolas appears to be jumping on the “Justice for Britney” train and is set to protest the singer’s former management, Tri Star Sports & Entertainment Group.

In a Christmas card-style graphic posted across her social media platforms, Nikolas has invited her followers to attend what appears to be a planned protest of Tri Star outside their offices in West Hollywood. The graphic includes Tri Star CEO Louise Taylor and president Mitchell Martin photoshopped as Santa and Mrs. Claus. Each has a stuffed moneybag with their name on it and Martin holds a card that reads “Ho Ho Ho! Prosperity Theology.” The protest is set for Jan. 19 from noon.

Tri Star has come under intense scrutiny for its role in Spears Conservatorship which was terminated in 2021. The documentary The New York Times Presents: Controlling Britney Spears alleged that Tri Star had bugged the singer’s home and monitored her phone. According to Page Six, CNN’s Toxic: Britney Spears’ Battle for Freedom featured a source that claimed, “Britney is aware and angered by the control exercised over her by Lou Taylor and her company, which reaped millions of dollars from her estate.”

Nikolas co-starred with Spears’ estranged sister Jamie Lynn Spears in Zoey 101 and claimed that the younger Spears bullied her during her time on the program. In recent years she has focused more on activism than acting, forming the group “Eat Predators”, which protests predators and predatory practices by organizations. She has organized and led protests against Nickelodeon and the alleged inappropriate behavior of show creator Dan Schneider and she recently made accusations that Family Guy creator Seth MacFarlane groomed young actresses who guest starred on the show and has also that the show normalized inappropriate sexual behavior towards women.