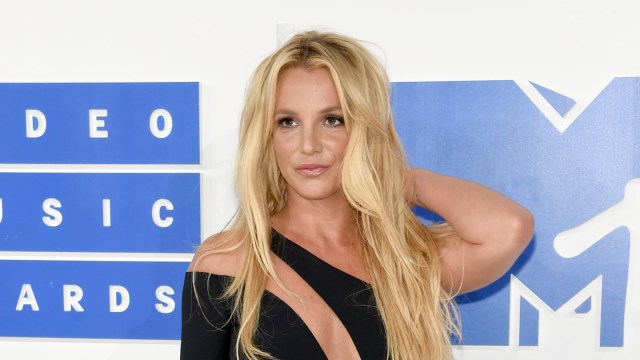 Don’t expect a trailer for this one.

On Tuesday night, Britney Spears tweeted out a nude picture of herself, making sure that her… usually unseen parts remain that way.

So what is this madness? Spears tweeted out the photo of herself naked laying on the top of a couch with the caption, “I have a premiere for a movie this week ‘THE LEGISLATIVE ACT OF MY PUSSY’ !!!!”

The tweet received a significantly high number of reactions and we simply cannot fathom why!

In what might come as no surprise, information about any film titled The Legislative Act of My P*ssy is virtually non-existent. However, she might simply be attending a movie premiere like Call Jane, about abortion. Directed by Phyllis Nagy, it will be officially released nationwide only in theaters on Oct. 28 after it was shown earlier this year at the Sundance Film Festival.

Call Jane, which stars Elizabeth Banks and Sigourney Weaver, is described as being about an American housewife in the 60s who, per the film’s official synopsis, “is desperate for a second child. However, the wonderful news of her pregnancy is tainted by the threat it poses to her own life.”

Currently, the film has a 78% approval rating on Rotten Tomatoes based on 65 critic reviews.

As for the responses, well, we leave you with some of the most popular.

This isn’t the first time Britney Spears has shared big news with a revealing photo, and it likely won’t be the last.