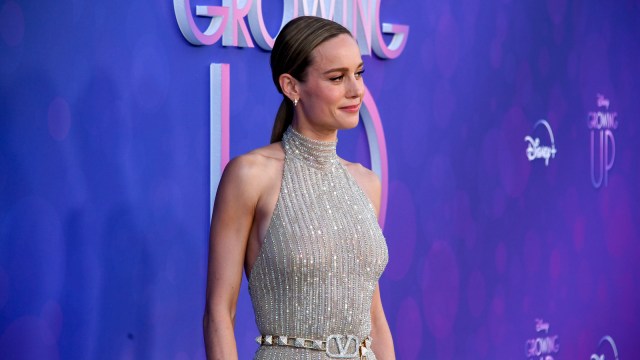 The internet has a weird relationship with Brie Larson. While half of the web seems to be dedicated to denouncing her reign as the premiere female superhero of the Marvel Cinematic Universe, the other half hangs on her every word and is just waiting on that Twitter alert to go off that lets them know the Oscar-winning actress has posted something new on social media.

Well, while the former half of folks seethe themselves into a frenzy over Larson grabbing headlines again, the latter portion of people will be delighted by what we’re about to share with you. Yes, the Captain Marvel icon has tweeted out some new selfies, instantly making the last day of the week even more wonderful for her legions of adoring devotees.

Specifically, Larson has revealed that she’s ringing in the weekend the right way by getting started on the champagne early, taking to Twitter to share a couple of selfies. One with a glass in a hand and a grin on her face and the other sans bubbly beverage.

It’s unclear exactly why Larson has so much to celebrate this Friday, but it could just be the same reason as the rest of us: Taylor Swift’s new visual album “Midnights” has dropped today, and the 33-year-old is known to be a not-so-secret Swiftie. Although she’s not one of the many, internet-breaking stars who make guest appearances on the album.

What Brie Larson is up to these days is gearing up to return to the MCU in her very own sequel, The Marvels, which is coming next July 28. Presumably, this is just the latest of many future flights back into the Marvel fold, assuming she wasn’t serious when she trolled her trolls that time.