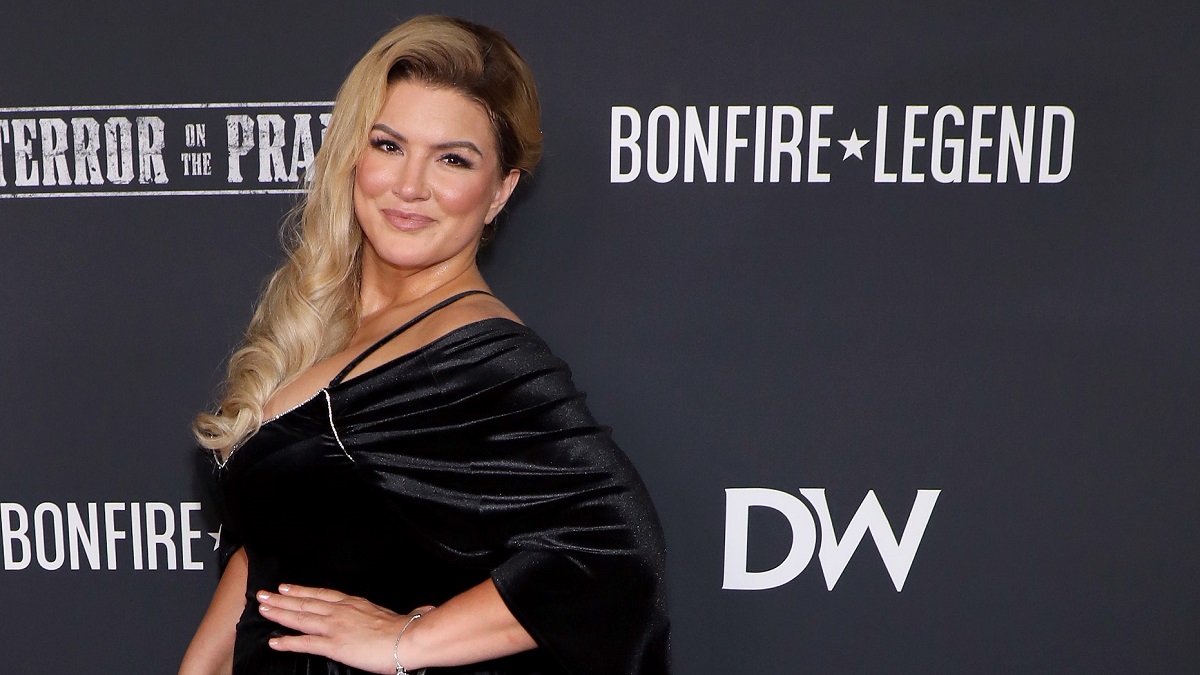 After quietening down for a spell that was much-welcomed by her critics, Gina Carano has returned to Twitter in a major way, and she’s continued needling folks in doing so.

Whether she’s going on an unprompted blocking spree that saw her become an even larger figure of ridicule than ever before, battling back against accusations that her Star Wars firing was a career-killer in spite of the evidence indicating that it was significantly more than a minor setback, or finding her latest movie ironically being described as “too woke” for its target audience, there’s rarely been a dull moment.

Unfortunately, things have taken an unsavory turn after the exiled Cara Dune showed support and solidarity with controversial British rapper Zuby, who joined the “woe is me” club after encountering a couple of public setbacks of his own.

The musician first gained notoriety in early 2019 when he posted a video on Twitter that showed him performing a deadlift he claimed saw him “break the British women’s deadlift record while identifying as a woman.” He also signed a letter in support of J.K. Rowling’s views on the transgender community, and has regularly misgendered trans people on purpose, just to give you an inkling of the sort of folks Carano is backing online.

Ideally, they’d both just keep their opinions to themselves and recede gracefully into the ether of irrelevancy instead of fanning flames of discontent for boneheaded comments and sentiments, but then they wouldn’t get what they wanted, because nobody would be talking about them at all.