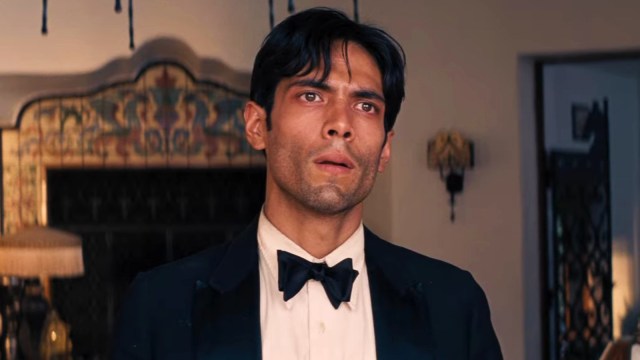 If anyone’s keeping track of the updates surrounding the upcoming release of Babylon, then it is inevitable to be subjected to a name that’s been making some of the top headlines related to the film. This is none other than the Mexican actor Diego Calva. who would reportedly be appearing as a lead male character in the movie.

He will be playing the role of Manny Torres, a young man born to Mexican immigrant parents in the United States whose position as an outsider would provide the audience a peek into the glamorous world of Hollywood in the 1920s.

Helmed by the Academy Award winner Damien Chazelle, the film would see the first major appearance of Calva alongside some of the highly popular figures in the Industries that include Brad Pitt and Margot Robbie.

Calva’s acknowledgment as the film’s primary protagonist is reminiscent of a fan outrage in the past when he was repeatedly left out of the major headlines or any discussion about the film. Fans as well as leading film critics expressed their disappointment over a disproportionate coverage where a substantial proportion of talks and discussions surrounded Brad Pitt, who would supposedly play a supporting role.

With rising hopes and expectations about the film’s potential as a box office success along with increasing attention accorded to Calva’s role in it, fans — in addition to being curious about the actor’s performance — are also digging deep into his cinematic background. Let’s dive into the details of the same.

A glimpse into Calva’s background and his future projects

A Mexican actor who, as an outsider in Hollywood, serves as the audience’s eyes in the world of Babylon.

There have been quite a lot of details gleaned about Calva’s personal and professional life. He was born in 1992 in Mexico City, where he studied at the Center of Cinematographic Training with a degree in Direction that he reportedly put to use in his works thereafter.

This is due to the recognition he received as a director of a few short films. However, the 30-year-old actor seems to have made his presence known in the Mexican cinematic landscape and it won’t be hard for a fan of Mexican cinema to immediately spot him.

Concerning his acting career, his major breakthrough was his noteworthy role in Julio Hernandez Cordon’s movie I Promise You Anarchy, which released in 2015. He plays the role of a middle-class boy named Miguel from Mexico City who starts a torrid affair with the son of his maid Johnny. Despite the gap in their economic and social status, they embark on numerous adventures bordering on illegality leading to their capture by the gangsters.

Calva also appeared in the 2020 film Colozio, directed by Artemio Narro, where he plays an eager young man named Diego who, along with his friend Gael, takes a road trip to save the presidential candidate Colozio from assassination. Other well-known works include Narcos: Mexico.

He also starred in the 2021 Guillermo Magarinos film Beautiful Losers, playing the role of Daniel, who, along with his girlfriend, engages in an illegal act of transporting a corpse only to later flee from the police.

A promising Hollywood career after Babylon could mean tempting possibilities in the future for the actor. Even though not much information has been gathered about his future plans, there has been confirmation about a few projects in which he would be involved. As reported by Deadline, Calva is set to appear in the Spanish spinoff of the Netflix hit movie Bird Box as well as Midnight Family opposite Yalitza Aparicio.

As the wait for Babylon to hit the theatres continues, let’s also hope for more on-screen appearances of Calva.