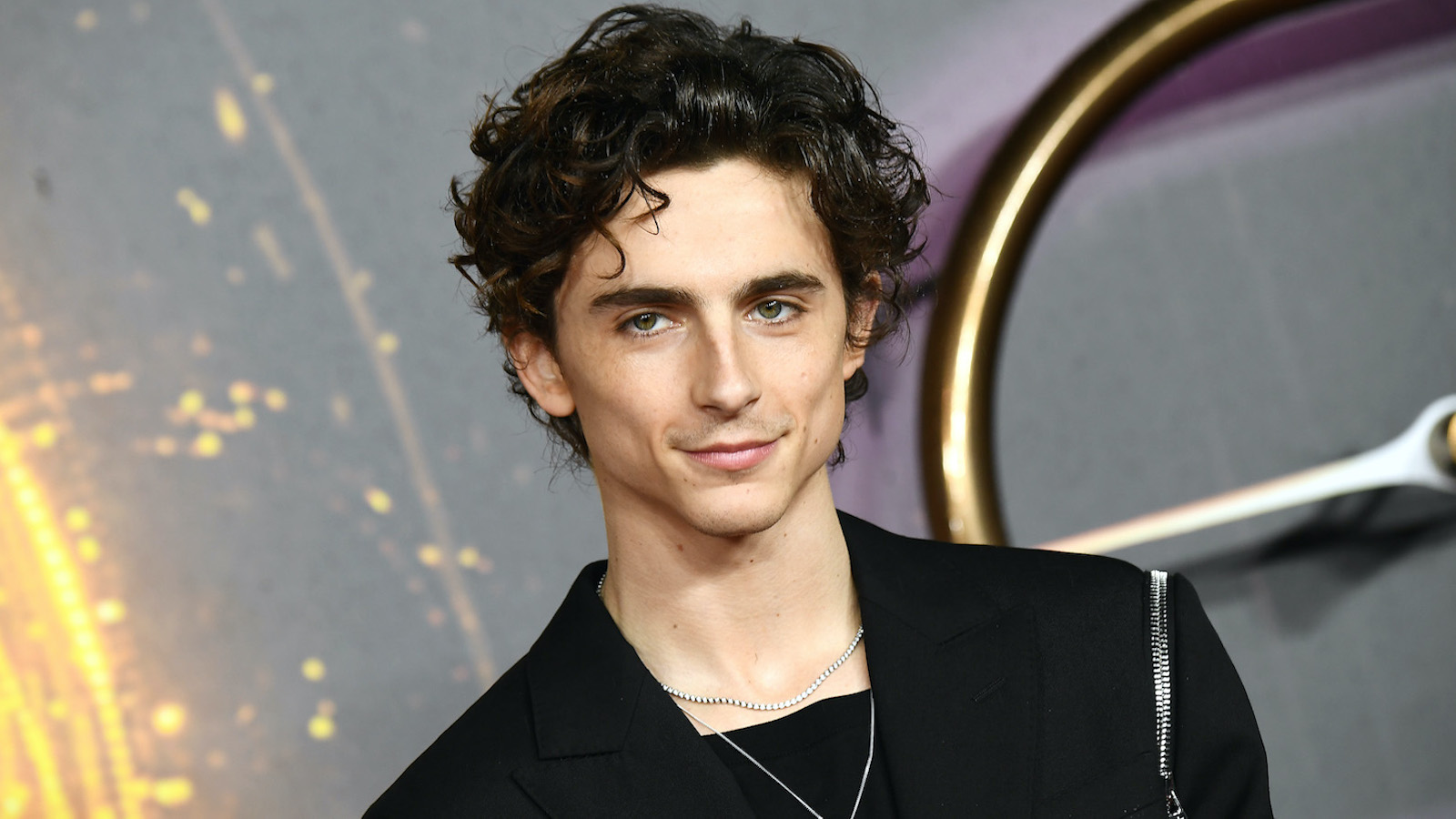 It all started with a small role in the film Interstellar.

Timothé Chalamet was only 19 years old when he was cast in the Christopher Nolan epic, but even at this young age, he managed to stand out in a star-studded cast that included Matthew McConaughey, Anne Hathaway, and Jessica Chastain. Chalamet’s performance was lauded by critics and spotlighted him as one of Hollywood’s most promising young talents. The film led to future roles, including the one that catapulted him to the Academy Award stage, Call Me By Your Name, in which Chalamet flexed his acting chops as a young gay man in love with his father’s intern (Armie Hammer).

Chalamet’s career has only continued to soar since Call Me By Your Name. He’s gone on to star in films like Lady Bird, Beautiful Boy, and Little Women, cementing his status as one of Hollywood’s most in-demand actors. Most recently, he’s been busy fighting for his fictional family on the far off planet of Arrakis in Denis Villeneuve’s, Dune.

Off-screen, Chalamet is known to be just as loveable as he is on-screen. His down-to-earth personality and relatable nature have made him a favorite among fans, especially younger ones. So, if that includes you, and you are unabashedly a Chalamaniac, here’s everything you need to know.

How tall is Timothée Chalamet?

According to Chalamet’s IMDb profile, he is 5 feet, 10 inches. However, some fans questioned the legitimacy of that when they saw photos of Chalamet standing beside his Dune co-star, Zendaya at the UK Special Screening of the film. Zendaya is also reportedly 5 feet, 10 inches, and because most actresses typically show up to red carpet events in high heels, it seemed odd that the two would be eye level with each other.

Of course, if Zendaya did wear heels, they were well hidden underneath her cream-colored dress. The accessory is notoriously uncomfortable, and red carpet events are notoriously long, so the Dune actress very well could have shown up in flats and none of us would’ve been the wiser, making Chalamet’s 5-foot-10-status more plausible. Furthermore, at past red carpet events where the pair posed side-by-side, Zendaya appeared noticeably taller than Chalamet, likely due to high heels. So, it’s fair to say that the actor is indeed 5 feet, 10 inches.

How old is Timothée Chalamet and when is his birthday?

Timothée Chalamet was born on December 27, 1995, making him 26 years old as of this writing. Chalamet is Capricorn for those who adhere to zodiac signs, which means he’s ambitious and hard-working — two qualities that have certainly helped him succeed in Hollywood.

At just 26 years old, Chalamet has not only made a name for himself in Hollywood as an A-list actor, but also as a fashion icon at red carpet events like the 2022 Academy Awards in which he showed up shirtless. Well, almost shirtless — he tossed on a bedazzled blazer that covered up near to nothing.

What is Timothée Chalamet’s ethnicity?

Raised in Hells Kitchen, New York, Timothée Chalamet was born to Marc Chalamet, who works as an editor for the United Nations Children’s Emergency Fund (UNICEF), and Nicole Flender, a performing artist and licensed real estate agent. His father is of French descent, having been born in Nîmes, France, while his mother is “Jewish, of Russian Jewish and Austrian Jewish descent,” according to his IMDb profile. That means, like many Americans, Chalamet has a mixed ethnic background including French, Russian Jewish, and Austrian Jewish descent.

If you weren’t a Chalamaniac before, we wouldn’t be surprised if you are now. Either way now’s the best time to jump on the bandwagon because the future looks bright for the young actor. His upcoming films include Wonka as a young Willy Wonka, Bones and All alongside Call Me By Your Name director Luca Guadagnino, and Dune: Part Two, with the latter being the most exciting amid the impressive lineup of projects.