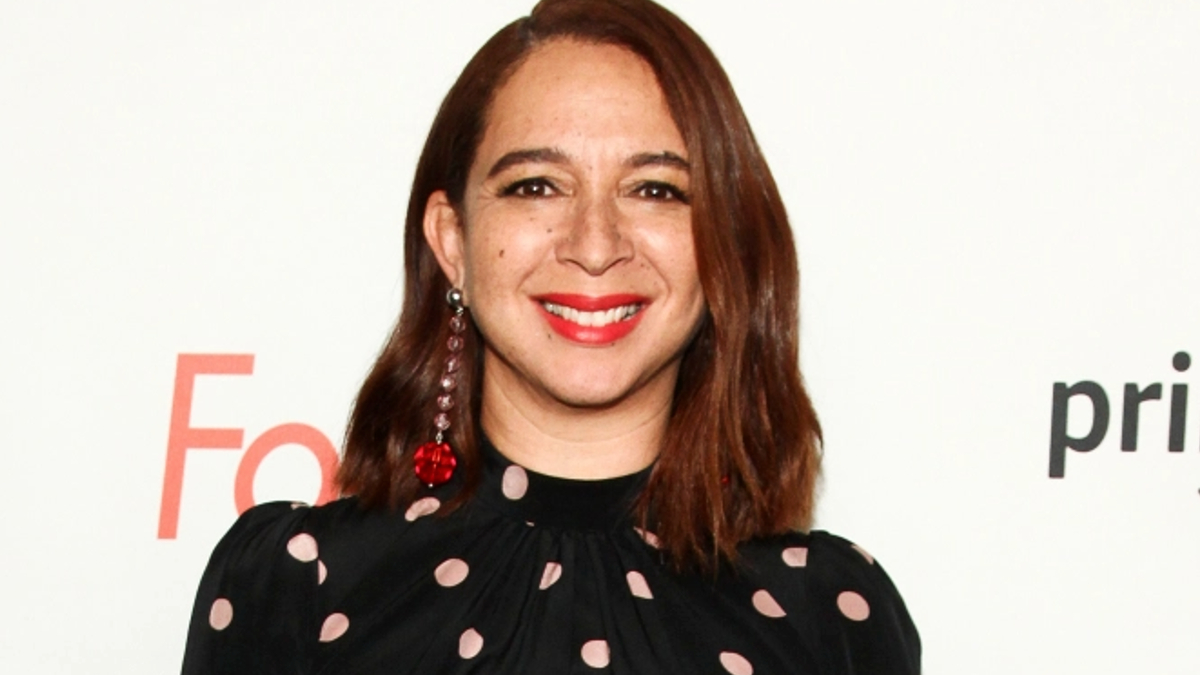 We all know Maya Rudolph as one of the most talented comedians of the time. This success and popularity can be credited to her nearly seven-year presence on the show Saturday Night Live. Be it Beyoncé, Oprah Winfrey, or Maya Angelou, Rudolph has entertained the numerous fans of the show with spot-on impersonations of well-known names and hilarious dialogue deliveries.

As much as the audience would love to associate fun and laughter with Rudolph, her career journey has unfortunately not always been a cake walk. The 50-year-old SNL star had various challenges that she had to face because of her heritage. Hailing from a biracial background, Rudolph grew up feeling like an outsider.

Born on July 27, 1972, Rudolph’s mother Minnie Riperton was Black and one of the renowned songwriters of the 1970s. She acquired fame and recognition for her 1975 single “Lovin’ You” and was dubbed the “Queen of the Whistle Register.” She died of cancer at the age of 31 when her daughter was only seven years old. Her father is white Jewish songwriter Richard Rudolph.

From a very young age, Rudolph endured the pressure of not fitting into one category or the other. That is, she was always a Black girl who had to bear the burden of quite a lot of Black stereotypes that continued in her professional life. However, she was viewed as a white kid by her Black relatives.

The comedian talked about the pressure of how her mixed-race ethnicity led to her shifting identity in an interview with Hollywood Mask, “I grew up feeling a little orphaned by the idea of my heritage.” Let’s shed some light on her ethnicity and the challenges it presented.

How did Rudolph’s ethnicity create challenges for her?

Growing up, having a white and a black parent was not easy for Rudolph as her racial identity was always a subject of conversation. The SNL star spoke about how her parents always called her unique due to her biracial identity and how she felt like an alien even within her family.

She confessed to feeling like an interloper whenever she visited her mother’s side of the family in Chicago. Speaking on the subject, she said, “I never felt like my black cousins. I felt loved, but I didn’t feel culturally…. I was the kid that lived in California who didn’t grow up around the family.”

The differences between her and other actresses her age were illuminated in the initial years of working on SNL. She stated that she received a lot of unwanted remarks because of her hair which was “super, super, super-thick, and super-curly.” As a result, she had to spend a significant amount of time straightening her hair in order to fit in with the crowd. According to her, “And every [expletive] Friday night, we’d hear some [expletive] white guy walking down the hall going, ‘Is something burning in here? What’s burning?’” to which she responded, “I’m. Get-ting. My. Hair. Done.”

As frustrated as she was in the early years of her professional life, the comedian used humor and impressions as a defense mechanism. Speaking on this subject, she admitted,

“I know that part of owning being funny was an armor, and was, like, to literally not cry. It’s a protection. Just be like: ‘Oh, yeah! I’m the lady with crazy hair,’ so much better than the painful alternative. The alternative is I’m an ugly duckling. I’m just a weirdo.”

As difficult as her past life was, owing to belonging to a mixed-race group, fans know and will remember Rudolph for her talent and humor. There’s also hope to see our favorite comedian engage in more endeavors in the future.