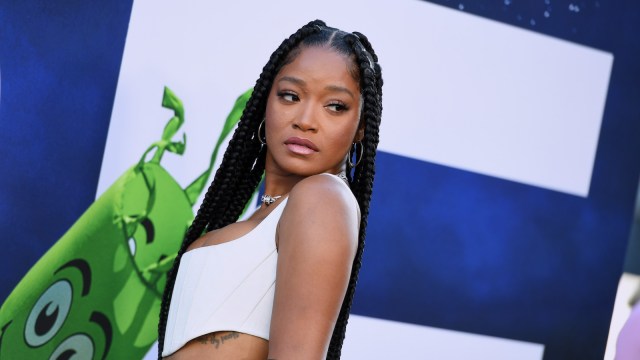 A viral tweet blaming colorism in Hollywood for the differences between the career trajectory of NOPE‘s Keke Palmer to that of Euphoria’s Zendaya has reached the attention of the first, who has now spoken out about the issue.

In her own Twitter profile, Palmer stated that comparing her to anyone in the first place is “a great example of colorism.” The tweet to which she was reacting claimed Palmer and Zendaya’s “mainstream popularity” was “very different,” despite both beginning as child stars, and argued this was “one of the clearest examples of how colorism plays out in Hollywood.”

The tweet was made in reaction to another post that questioned the recent claims about Palmer’s role in Jordan Peele’s NOPE being her “breakout” performance when the actress has been a superstar “for forever” in some households.

Perhaps unintentionally, the person asking for a “deep-drive [SIC] on the similarities and differences between Keke Palmer and Zendaya’s careers” implied Palmer was less successful than her colleague. And that seems to be the aspect that Palmer took issue with.

“I’m the youngest talk show host ever. The first Black woman to star in her own show on Nickelodeon, & the youngest & first Black Cinderella on broadway [sic],” the 28-year-old actress clarified. Stating that she is “an incomparable talent.”

Palmer is receiving pretty much unanimous praise for her performance in NOPE, which broke records during its opening weekend. The conversation surrounding the actress gave rise to debates on colorism in Hollywood, as well as what mainstream popularity actually means. Where some were annoyed by claims this was Palmer’s big break when she’s been around and killing the scene for ages, others agreed with those claims but blamed Hollywood’s discrimination against dark-skinned Black women as the root cause of Palmer’s deferred breakout – and obviously not her lack of talent.

The debates reached such magnitude that the actress herself felt she needed to set the record straight. “I’ve been a leading lady since I was 11 years old,” her statement on Twitter continued, pretty much declaring this current moment is far from being her ultimate rise to fame.

“I have over 100+ credits, and currently starring in an original screenplay that’s the number one film at the box office #NOPE. I’ve had a blessed career thus far, I couldn’t ask for more but God continues to surprise me.”

Despite having a longer and shinier catalog than most at her age, it is undeniable that Palmer is having one of the best years of her career with the success of NOPE, as well as voicing a character in Disney Pixar’s Lightyear. On her end, Zendaya has yet to comment on the controversy.

Both NOPE and Lightyear are currently showing in theaters. Lightyear arrives on Disney Plus Aug. 3, while NOPE should come out exclusively on Peacock later this year. Read our review of NOPE here.