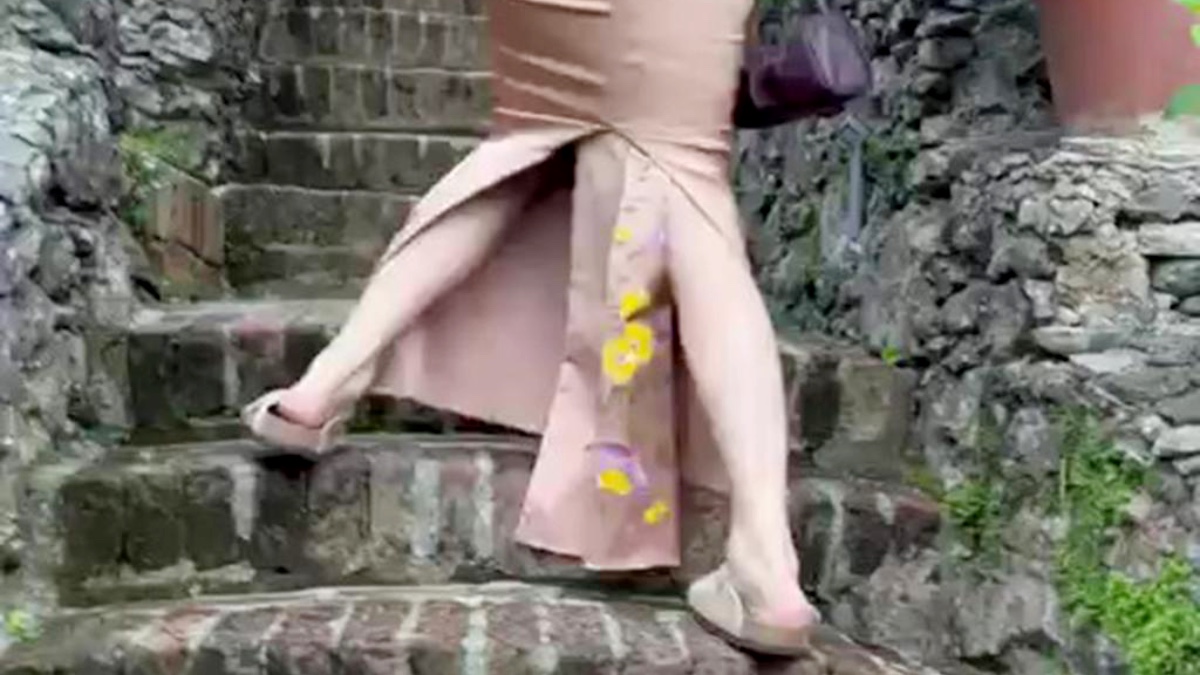 Kourtney Kardashian and Travis Barker tied the knot in Portofino, Italy over the weekend in a lavish ceremony attended by close friends and family, with a reception that followed at a 16th-century castle located in the center of Portofino Bay. But as the famous family learned the hard way, unfortunately, couture and castles don’t mix —as video footage of Kendall Jenner attempting to navigate the steep brick steps has since gone viral.

The video was originally posted to Instagram Stories by Kylie Jenner, who filmed her sister’s awkward approach to climbing the steep steps while her knees were essentially bound together by her skintight Dolce & Gabbana dress. “Oh shit, these stairs are crazy,” Kylie could be heard saying in the video, which was likewise shared by the RealityStella Twitter account.

Wasn’t there a venue available in Palm Springs? We hear it’s pretty flat there!

At any rate, as the footage began to make its way around the internet, others joined in on the ridicule. “The fact that Kendall had to walk up the stairs like this in her dress tho,” tweeted a fan.

“Maybe it’s because it’s 2 o’clock in the morning but I am in fucking tears watching Kendall Jenner tryna get up them stairs in that dress,” quipped yet-another fan.

With all of the private jets, boats, chauffeurs, and other luxuries afforded to the Kardashians, it’s kind of amazing that no one thought about how they were supposed to scale the top of a castle in tight-fitting formalwear. But at least no one was wearing an irreplaceable, vintage gown this time.