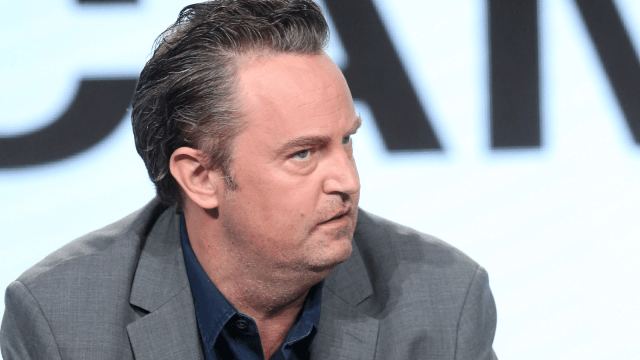 There’s a lot of sympathy and perhaps even empathy to be found within the pages of Friends, Lovers, and That Big Terrible Thing, the upcoming memoir from Matthew Perry, but a firm line in the sand has been drawn when it comes to the Friends alumn’s thoughts on Keanu Reeves.

Perry references Reeves twice in the book, both times insinuating he would rather have seen Reeves die over other deceased celebrities, including Heath Ledger, River Phoenix, and Chris Farley — penning the line “Keanu Reeves still walks among us” when sharing his thoughts on the aforementioned deaths.

Perhaps it’s an awkward attempt at adding a bit of humor to his writing, but the internet is making it clear that Perry went after the wrong guy.

As left-field and bizarre as Perry’s musings are, we couldn’t help but chuckle at the prospect that Reeves, a well-known philanthropist and all-around selfless human being, gets all the evil out of his system by being mean to Matthew Perry outside of the public eye. Seems pretty far-fetched, though.

Odd jibes at Keanu Reeves aside, Matthew Perry’s memoir will detail his time as Chandler Bing on Friends and his struggles with drug addiction behind the scenes. Perry’s opioid addiction spiraled to the point of his colon bursting, and the star’s resultant prognosis was bleak.

Tragic as the events of Perry’s eventful life may be, one thing is being made very clear – Keanu Reeves is a treasure, and he should not be the butt of any joke, especially one that indirectly wishes death on him.

Matthew Perry’s memoir Friends, Lovers, and That Big Terrible Thing is out Oct. 28, 2022, while Keanu Reeves will be raising hell once again in John Wick 4, out March 24, 2023. Reeves has also expressed interest in joining the MCU, and he has an idea for who he’d like to portray.