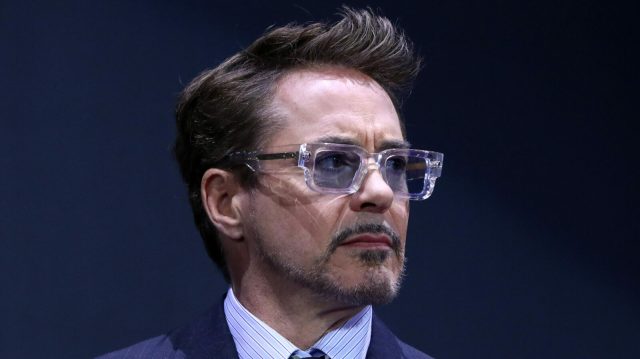 Per Vanity Fair, Downey reached out to Hammer after disturbing allegations of serial adultery and ongoing acts of physical and psychological violence were made public. He encouraged Hammer to seek mental health treatment and covered the costs for the Call Me By Your Name star’s six-month stay at a rehabilitation facility.

A source close to Hammer reveals that his life is a far cry from the public perception of him.

“Everyone looks at Armie thinking that he’s had some sort of privileged life—and that must mean there were no problems in his youth and everything was peachy keen. But that’s not necessarily the way things go. Just because you come from an upbringing where financial resources are plentiful doesn’t mean life isn’t without problems.”

In 2021, multiple women came forward to accuse Hammer of physical and psychological violence. Revelations that he described himself as “100% cannibal,” and was accused him of rape by a former intimate partner, led to him being dropped by his agent and publicist.

It’s no surprise that the Iron Man star thinks there is hope for Hammer. Downey has personally experienced the consequences of untreated mental health issues. His widely publicized battle with substance dependency once saw him sentenced to three years in prison. He spent years in and out of rehab centers as he fought to recover. Over time, he was able to rebuild his career and make a comeback.

Hammer found himself back in the news this year when it came to light that he was working at a resort in the Cayman Islands, where he currently resides, and is quietly recovering with the support of his estranged spouse, Elizabeth Chambers. After the story broke, Hammer, Chambers, and their children fled to Los Angeles to escape public scrutiny. According to the report, Downey furnished the couple with a temporary home in Malibu upon their return and is currently providing them with financial support.

Hammer is the great-grandson of Occidental Petroleum magnate Armand Hammer who left a $180 million fortune. The actor and his family recently became the subjects of a true crime docu-series on Discovery Plus called House of Hammer.