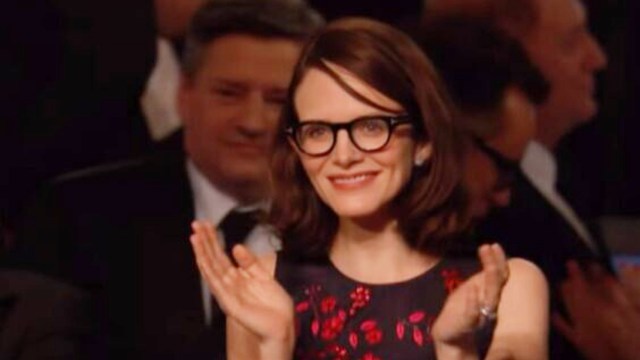 Her name isn’t one that most of us have ever heard, but Anne Stringfield is the wife of someone that’s been unyieldingly popular for decades now.

She is the wife of comedy legend and masterful banjoist (yes, that’s a word) Steve Martin.

These two have been together for the better part of 20 years. And even though the 27-year age gap between them is considerable, they seem, at least in the public eye, to be living a happy and peaceful life together.

Anne comes from a well-established background

Anne Powell Stringfield was born in 1972 in Pensacola, Florida. Her mother Margo was an archaeologist at West Florida University, and her father, Dr. James Stringfield, was a doctor in Pulmonology. She also has a younger sister.

Stringfield spent her entire childhood in Pensacola and ended up going to Pensacola High School. From there she attended Davidson College in North Carolina, graduating in 1994.

She started a career in journalism soon after college and wrote for two very well-known publications — Vogue magazine and the New Yorker — at one time working as an editor for the latter. She also wrote art gallery and theatrical reviews for off-Broadway plays during her career.

Anne and Steve were brought together by their respective careers

Stringfield was actually working as a journalist when she was given the opportunity to call Steve Martin on the phone. According to The Famous People.com, she was tasked with editing a comedy piece that was written by Martin. For the sake of fact-checking his literary work, she needed to call him with the original purpose of verifying his facts.

Their initial call would be the first of many, as what was once a professional relationship grew into romance. The pair dated for about three years until they were joined in holy matrimony on July 28, 2007, in a small ceremony that took place at Steve’s own residence. The nuptials were officiated by U.S. Senator Bob Kerrey with celebrity friends such as Diane Keaton, Eugene Levy, Tom Hanks, and Lorne Michaels in attendance.

Anne is focused on family life and not the spotlight

Despite having a very popular husband and previously being mistaken for Tina Fey at times, Stringfield was never actually one for the spotlight. Instead, she’s firmly focused on family life. In December of 2012, their daughter Mary Martin was born. She is the first and only child of both Stringfield and Martin.

Mary and Stringfield are rarely seen at big events with Martin, and it’s truly not a detriment to either of them. In fact, for all we know, it works perfectly for their family. The biggest event Stringfield attended with Martin was the American Film Institute’s presentation of their Life Achievement Award in 2015.

Despite her distance from the spotlight, Stringfield is not a stay-at-home mom while Steve continues his work on popular projects like Only Murders in the Building. She continues to write from time to time, and these days enjoys art collecting when she has a break from work as a trustee of the Los Angeles Art Museum.