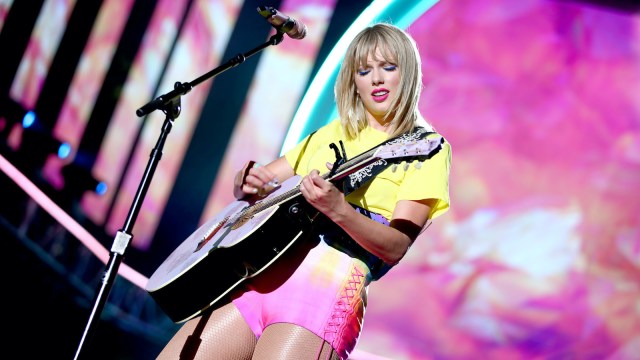 Everything about Taylor Swift’s sixth studio tour — The Eras Tour — can be summed up in one word: mayhem. Fiasco, debacle, conundrum, and chaos also work as well. Indeed, ever since Swift made the announcement for The Eras Tour on Nov. 1, the 52-date tour has been weighed down by its own anticipation. Consequently, a very harsh spotlight has been cast on Ticketmaster for its monopoly on live events, as has its parent company — Live Nation — and its CEO Michael Rapino.

Perhaps Swift, an 11-time Grammy Award-winning artist, predicted such a wild turn of events when she rolled out the tracklist for her Midnights album on TikTok, calling the event Midnights Mayhem With Me, but we digress.

Ticketmaster became public enemy number one for Swifties after the site crashed multiple times throughout The Eras Tour presale process. First, it crashed during the presale sign-up, then it crashed upon the actual presale, then the company canceled ticket sales altogether just one day before officially opening to the public, citing ”extraordinarily high demands on ticketing systems and insufficient remaining ticket inventory to meet that demand.” 2.4 million tickets were sold during just The Eras Tour presale alone, leaving none available for its official opening.

Ticketmaster has been grilled, shred to pieces, and dragged through the mud for its inability to uphold its promise to Swift, who claims she was assured multiple times that the company could handle the high demands. Shortly thereafter, the Department of Justice stepped in with an antitrust investigation to determine whether or not Live Nation is indeed a monopoly. Here’s what its CEO, Michael Rapino had to say about it all.

Meet Michael Rapino, the CEO of Live Nation. Here’s what he said about The Eras Tour fiasco

“There’s no nice way to tell 10 million Swifties, ‘There’s no tickets,’” said Michael Rapino at the Liberty Media investor day just mere hours after Ticketmaster tweeted it was canceling The Eras Tour ticket sales, according to The Hollywood Reporter.

“We invited a million and a half on that day to come and buy those tickets,” said Rapino. “But it’s kind of like having a party. Everybody crashed that door at the same time with 3.5 billion requests.”

The presale for Swift’s The Eras Tour was conducted under the banner of Ticketmaster’s Verified Fan program, a process through which hard-core fans waited in a virtual queue to then receive a code that allowed them to buy tickets on the day the presale went live. Both processes (the presale sign-up and the actual presale) were met with abhorrently long lines, site crashes, and an overall sense of confusion and frustration.

“We sold 2 million tickets, the most we’ve ever sold in one day in history, and another million tickets of other artists on the same day. So although we regret it was a slowdown in some queues and some error codes for a short period for some fans, we did manage to recover.”

Rapino’s relationship with Live Nation dates all the way back to the late 1990s before Live Nation was even a thing. He founded Canadian concert promotion company, Core Audience Entertainment before it was acquired by SFX Entertainment in 1999. Then, after being acquired by Clear Channel Communications in 2000, Rapino worked his way up the ladder to CEO of Live Nation when it was eventually spun off from Clear Channel in 2005.

Then, in a merger many have called a clear creation of a monopoly, Live Nation merged with Ticketmaster in 2010, becoming the sole distributor of national and international concert ticket sales. At the onset of the merger, the U.S. Department of Justice questioned whether or not the merger would be in violation of antitrust laws, but after then-CEO of Ticketmaster Irving Azoff testified that it would “eliminate… obvious inefficiencies,” the merger cleared the bar and was passed, according to CNN.

Which leads us to now. The Department of Justice is once again reviewing antitrust laws to determine whether or not Live Nation Entertainment is a monopoly and whether live entertainment ticket distribution will receive the biggest seismic shift of its lifetime.