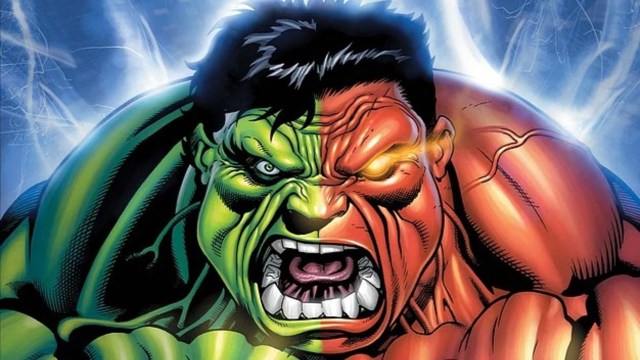 Marvel fans are Hulk crazy thanks to She-Hulk: Attorney at Law. While we’ve had Mark Ruffalo periodically showing up over the past decade, the MCU has sidelined the Hulk mythos so far. That’s not entirely the studio’s fault; infamously, rights squabbles with Universal Pictures prevent more Hulk solo movies from being made.

With Jennifer Walters on the scene, however, it looks like the soft ban on expanding the Jade Giant’s corner of the Marvel Universe has lifted, and we might see various other Hulks make their marks on the MCU in the near future. For those unaware, Bruce Banner and his cousin are just the tip of the iceberg when it comes to those who’ve been turned into giant—sometimes green, sometimes not—rage monsters in the source material.

Let’s examine the pages of Marvel Comics to decide upon some more Hulk characters who could be next to smash onto the scene.

With She-Hulk giving us our first indication that Wolverine is on his way into the MCU (albeit in an easily missed easter egg, but still, we’ll take what we can get). It’s got us wondering if Marvel Studios will embrace the long-held comics rivalry between Logan and the Green Goliath. If they do, it could be fun to introduce Weapon H.

Debuting in the comics in 2018, Weapon H was another survivor of the Weapon X program, which created the Wolverine we know and love, as well as Deadpool. Military mercenary Clayton Cortez was infused with DNA from both Old Man Logan and Amadeus Cho (more on him in a moment). The finished touch was bonding Clayton’s skeleton to adamantium in full Wolverine fashion. The result was a fearsome being with the strength of a Hulk, the healing factor of Wolverine, and the berserker rage of both.

In Smart Hulk/Professor Hulk, we’ve seen a version of Hulk that retains Bruce’s intelligence. What if there was a Green Goliath variant that combined Bruce’s intelligence with the darker personality of the other guy? Enter Maestro, a villainous Hulk from a dystopian future.

After surviving a nuclear blast, Maestro received enhanced superstrength from the extra dose of radiation, making him even more powerful than the regular Hulk, although it drove Maestro insane. Not a great combination.

It’s easy to imagine an MCU adaptation of Maestro for Avengers: Secret Wars, perhaps coming from another Earth instead of the future.

Rick Jones is probably the most notable character from Hulk lore who’s been a no-show in the MCU so far. In the comics, Rick is an instrumental part of Bruce’s origin story, with the scientist jumping in to protect the young boy from the gamma radiation blast that gave Bruce his powers.

Although Rick typically serves as a sidekick to Hulk, as well as other Avengers like Captain America and Captain Marvel, Jones eventually got his own powers when he transformed into A-Bomb. The Leader and MODOK used Abomination’s blood to turn Rick into a foe who could kill the Hulk. Naturally, A-Bomb defied his evil masters and teamed up with his old friend.

Rick’s time as A-Bomb was only temporary in the comics, but if he was to ever appear in the MCU, it would probably make the most sense to feature him in this form.

Everyone knows that Hulk was originally gray before a coloring error made him his more iconic green. The comics later retconned Gray Hulk as its own separate identity in Bruce’s psyche. Gray Hulk was Bruce’s original Hulk form but was internally overpowered by the Green “Savage” Hulk, thus Gray Hulk laid dormant within Banner for years.

Eventually, though, Gray Hulk took control, assuming the name Joe Fixit and working as a Las Vegas mob enforcer. In terms of personality, Joe is somewhat similar to Maestro except without the genius intellect. Joe effectively represents the part of Bruce’s psyche that is willing to do the things Bruce isn’t.

However he’s characterized, fans would love to see Gray Hulk show up in the MCU at some point.

Back in 2015’s Avengers: Age of Ultron, Helen Cho was introduced into the MCU. Ironically, that same year saw the character’s son, Amadeus Cho, take over as the Marvel Comics’ resident Hulk. He called himself the Totally Awesome Hulk, and despite his MCU potential, we’ve yet to see Amadeus turn up in the MCU.

A teen prodigy and one of the smartest people in the world, Amadeus doesn’t treat his Hulk powers as a curse, but a blessing. Similar to Peter Parker, Amadeus is a wisecracking and confident hero who comes to understand the responsibility of his abilities over time.

With the Young Avengers on their way, Amadeus would be a totally awesome addition to the saga’s ever-growing number of adolescent supes.

The Hulk character that fans have most frequently requested to see in the franchise has to be Red Hulk, the musclebound, mustached super-form of General “Thunderbolt” Ross. After attempting to bring the Hulk down for decades, Ross ultimately decided the only way he could win was to become a Hulk himself.

Following the passing of actor William Hurt, who played Ross in the MCU, it’s unclear if the onscreen Thunderbolt will be retired, although reports say Marvel is considering recasting him for the upcoming Thunderbolts movie. Given that Ross is a frequent leader of the team, which also bears his name, it would make sense to feature him in the film, although obviously replacing Hurt is something that will require careful thought.

In the past couple of years, the MCU has suddenly embraced 2008’s The Incredible Hulk, what with Tim Roth’s return as Abomination. It’s also worth remembering that Betty Ross featured in an episode of What If…?, too. If this was a precursor to a live-action comeback for Liv Tyler’s love interest, we’d love to see Red She-Hulk enter the fray.

Betty’s had two superpowered alter egos over the years, with her first being Harpy, a lethal bird-woman hybrid. In more recent times, she’s transformed into Red She-Hulk, which would probably be easier to adapt for the MCU. Betty’s fate is one of the franchise’s major dangling plot threads, so it would be a fun surprise if she finally returned, only to Hulk out herself.

At this point, the most likely Hulk character to debut in the MCU is Skaar, Son of Hulk. The child of Hulk and the Sakaaran shadow warrior, Caiera, Skaar was born as a result of Hulk’s brief rule over the planet Sakaar in the Planet Hulk storyline. Skaar’s existence was later revealed in the follow up, World War Hulk. His mother is the .

The reason we’re so convinced Skaar is on his way is because of Bruce’s return to space in She-Hulk episode two. It has the fandom theorizing that Hulk might be on his way to finding out that he fathered a son during his time on Sakaar in Thor: Ragnarok. EP Jessica Gao has confirmed this development is setting up a future project, so be on the look-out for Hulk, Jr. very soon.