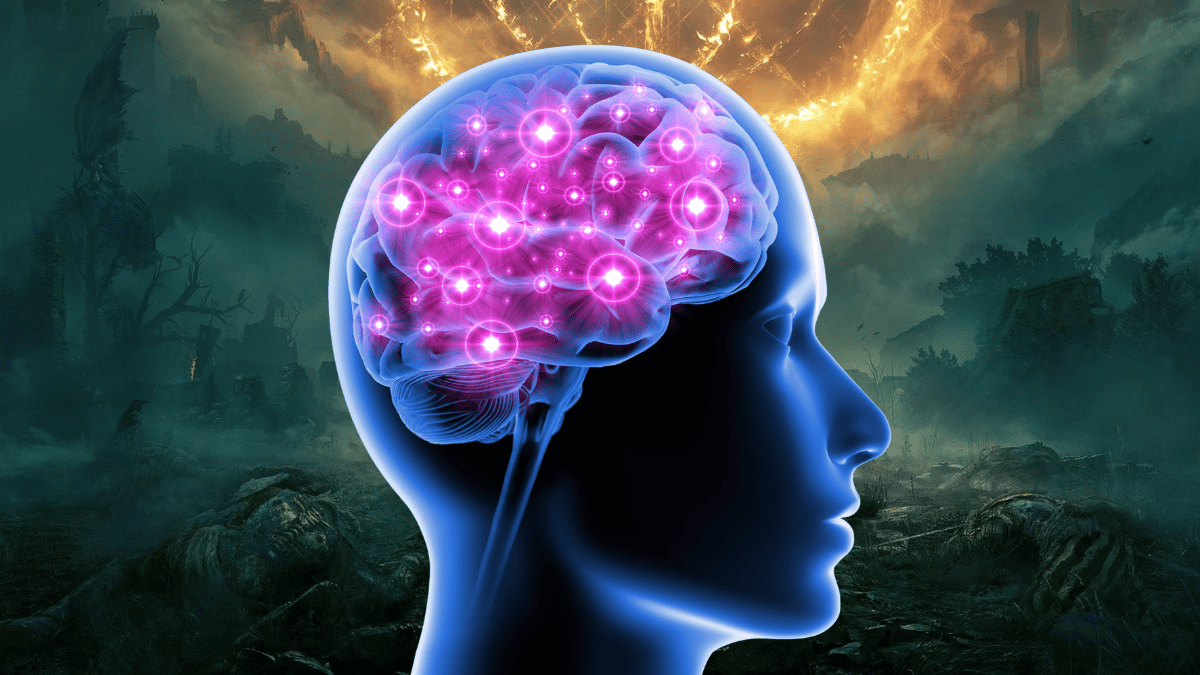 Over the past decade, the fandom of the ‘Soulsborne’ genre has been coming up with increasingly ludicrous ways to tackle the challenges presented by FromSoftware’s work.

Nearly a year after the release of Elden Ring, this trend is still holding strong – with streamer Perrikaryal hooking herself up with an EEG reader that she has mapped to serve as her attack button:

While the rest of her inputs in the game are mapped to a controller as usual, the mere fact that Perrikaryal needs to think extra hard to do any sort of damage to an opponent is a daunting prospect.

Per GameRant, the EEG reading is a little bit hit and miss for the streamer, and as such she is currently struggling to take down Renala, who requires consistent attacks to best. The visualisation which is currently working best for Perrikaryal to register the attack input is ‘pushing something heavy forward.’

Perrikaryal firing literal synapses at Elden Ring’s bosses certainly isn’t the first, and won’t be the last crazy way someone attempts to tackle a FromSoftware title. Just recently, for instance, a streamer tackled two instances of Malenia in two copies of the game, using a controller for one, and a dance pad for the other. We’re not making any of this up.