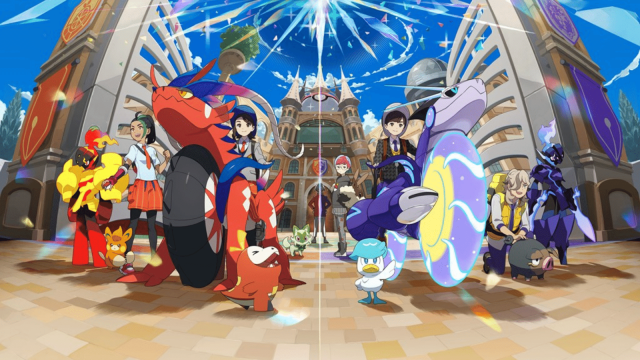 It seems that a supremely buggy game launch isn’t going to stop Nintendo’s most popular franchise from moving truckloads of units, especially when it’s the first mainline Pokémon game to feature a proper borderless open world.

Perhaps it was hype, or perhaps it’s simply the adoring fan base of Pokémon trainers across the world, but Nintendo managed to ship 10 million copies of Pokémon Scarlet and Violet in the first three days following the game’s release, which is a record-high for any Nintendo game on any console across the company’s history.

It’s no small feat for Nintendo, considering the sheer number of smash hits the company has published over the years. The record-breaking global sales news comings mere days after reports of the two new games absolutely shattering launch records in the UK.

The huge sales of the games, as announced by Nintendo Japan, were likely also helped by the amount of Nintendo Switch consoles the company has shipped over the past few years since the pandemic kept us indoors playing Animal Crossing: New Horizons for months on end. Although, given the performance problems the game has seen, gamers are wondering if it’s high time for a Switch Pro.

Still, with issues like camera jank, significant framerate drops, and possessed character models not stopping the astronomical sales of the franchise, it doesn’t bode well for GameFreak to start thinking twice before shipping an unpolished game.

Nevertheless, if you’ve thrown caution to the wind in regard to the game’s bugs and snagged yourself a copy of Pokémon Scarlet and Violet and are wondering which of the game’s many branching storylines you should tackle, we’ve got a suitable questionnaire for you to help you through your option paralysis.