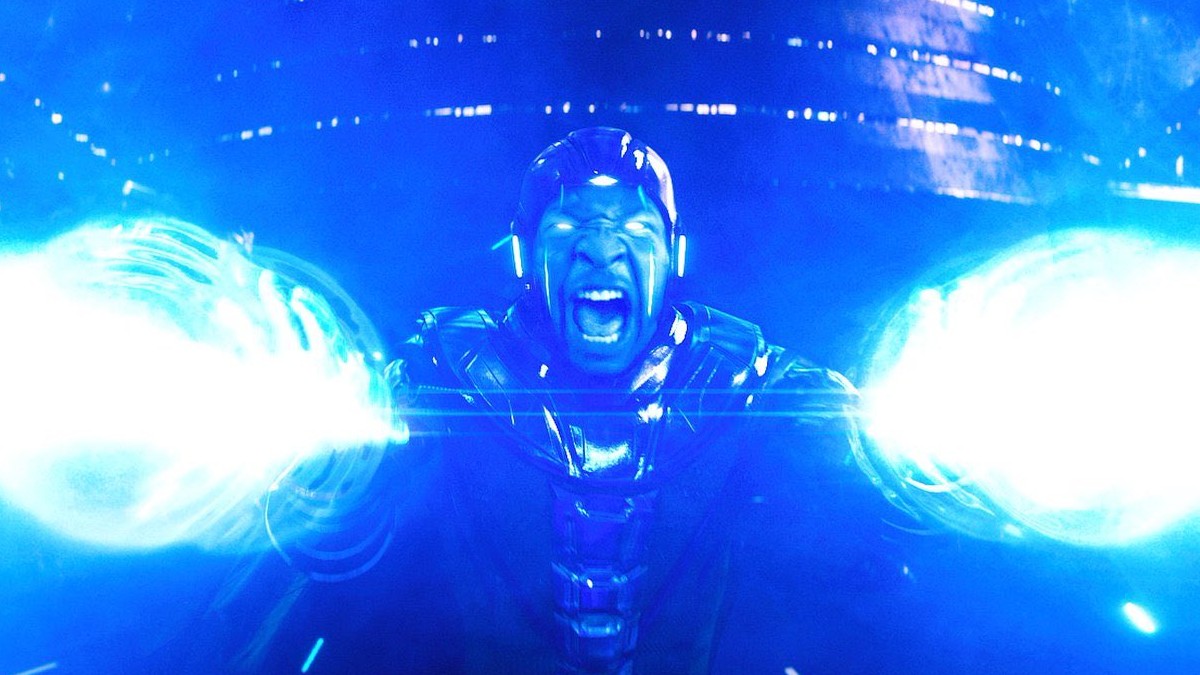 Kang the Conqueror is the greatest threat the MCU is facing in Phase 5, but these other villains can give him a run for his money.

He was first set up in the Loki series when the titular trickster and Sylvie confronted He Who Remains in the Citadel at the End of Time. This was a Kang variant who warned of a potential multiversal war caused by Kangs if the Sacred Timeline wasn’t maintained. Sylvie was unmoved and killed He Who Remains and consequently, timelines start branching off giving rise to the return of Kangs.

In Ant-Man and the Wasp: Quantumania, Kang makes his first strike. Ant-Man and his team go into the Quantum Realm and find Kang’s kingdom, but he will need Scott Lang’s help if he hopes to get out, and Kang might make a deal with him for the chance to get those five years back with his daughter. Inevitably, Kang will escape and Ant-Man might not survive this conflict. After all, Kang will be taking on the Avengers in Avengers: Kang Dynasty and Avengers: Secret Wars wit ha whole host of superheroes likely to appear.

Marvel President Kevin Feige revealed more information about Kang in Empire Magazine, giving us more insight about who he is and his current status in Quantumania. He characterizes Kang a different type of villain, one who’s warring against himself as much as with the heroes. Kang isn’t at full power just yet and he’ll have to get that back. He’ll need the help of Scott Lang to get his time and space-traveling ship online, and when he does, expect ruination to follow.

It’s not all that likely that Kang will be switched out completely for a new villain considering how important he is to the major storyline and how well they’ve been building up his story. You’ve also got the uber talented Jonathan Majors in a role and audiences might feel undercut if they go an alternate route, but with a story this massive, one can never be too sure. There are numerous big bads that Marvel could use to up the stakes, and if Kang isn’t the final boss, these other villains would make great contenders.

The Beyonder was created by a race of ancient beings and he was once in an entire universe that existed outside of the Marvel Universe. The Beyonders opened a portal between universes, giving scientist Owen Reece immense molecular and subatomic powers, and the Beyonder watches this new universe and learns about it. He takes his studies too far, however, when he chooses heroes and villains (including Kang) to duke it out in a battle royal in the Secret Wars (1984) by Jim Shooter, Mike Zeck, and Bob Layton. The Beyonder The Beyonder has cosmic-level powers including control over matter, energy, and all of reality. It doesn’t get much stronger than him.

It’s more likely that the MCU’s Secret Wars will be based on the comic book limited series Secret Wars (2015) by Jonathan Hickman and Esad Ribić about the Final Incursion. The Marvel Universe clashed against the Ultimate Universe, and this timeline multiversal battle is at least reminiscent of the war the Kang will bring to the MCU. Still, if you’re looking for a supervillain that could smoke Kang, that would be the Beyonder, and it would be interesting to see both the heroes and villains being at the mercy of such a cosmic entity. This kind of story would need the proper time to really pull off, and it could backfire if the story gets too complicated by adding a living universe amongst all of the timeline and multiverse shenanigans.

Born on the planet Taa, Galactus is one of the most powerful beings in the cosmos and he’s older than the cosmos itself. His name was originally Galan, and he was a scientist who warned Taa of a plague that would wipe out the galaxy. Galan and a crew boarded a ship and flew into the heart of the largest sun to sacrifice himself, but while everyone died, Galan survived, and the sentience of the universe merged with him as part of the new universe. They are one entity that possesses the powers of a galaxy. Galactus was born.

He’s slaughtered countless beings over time, gaining strength by consuming life-energies to feed his ravenous hunger. He considers himself the counterbalance between the beings known as Eternity and Death, and that puts him on a high pedestal that could knock Kang off of his. But Galactus is not all as he seems. He’s not necessarily driven by destruction for the purpose of causing pain, his consumption of planets is rather part of fulfilling the natural order of things. His power levels are off the charts.

He first appeared in Fantastic Four issue #48 (1966) by Stan Lee and Jack Kirby and has returned many times to trouble the team. It would be expected to wait until the Fantastic Four arrive in the MCU, but they could go in a different direction. The Fantastic Four has already had two movie adaptions and since people already know the team’s origin story, they could cut straight through to their heavy-hitter. He could be manipulating events, even Kang, for what he believes is best for the universe. Galactus has nigh limitless powers of planet-destroying destruction, creation, transmutation of matter, resurrection abilities, and he can open wormholes, giving him access to other times and dimensions.

Victor Von Doom is one of the most evil and one of the most intelligent characters in the Marvel Universe. He first appeared in Fantastic Four issue #5 (1962) by Stan Lee and Jack Kirby, and trained himself in sorcery and science after the death of his parents. He continues his studies as he gets older, and a United States general hears of his talents and offers him the chance to study at the finest schools, and Victor agrees, leaving his home of Latveria. Victor goes to America’s State University in New York, where he meets Reeds Richards, and they became rivals. Victor creates inventions, combining his magic and science, and creates a machine to travel to Hell and rescue his mother from Mephisto. But an explosion ends his time there in Hell, and when he returns, his face is scarred, he’s expelled from school, and later builds his metal suit and adopts the name Dr. Doom.

Dr. Doom’s genius and abilities rival those of Kang’s, and they’re similar in numerous ways. He’s known for having dreams of grandeur and has no issues crossing the line to do what he wants, and has the capabilities of succeeding. He’s power-hungry and has consistently tried to take over the world, so it’s not that hard to imagine him sparking a multiverse war. In the original Secret Wars, he’s cunning enough to steal the Beyonder’s powers for a time, though his insecurities get the better of him, and in the modern Secret Wars, he becomes God Emperor Doom, and attains all of the Beyonders powers. Becoming the master of the multiverse is not out of his reach.

With this story being about the multiversal war, it might be prudent to look at the multiverse in the MCU. What if…? season one, episode four, “What If…Doctor Strange Lost His Heart Instead of His Hands,” shows a timeline in which Stephen Strange and Christine Palmer get into a car crash, and Christine dies. Strange wants to resurrect her, and travels to Kamar-Taj to become a Master of the Mystic Arts, but his attempts continue to fail. The Ancient One warns him that saving Christine from the car crash would create a paradox that could destroy the universe.

The Ancient One splits him in half using the Dark Dimension, yielding a darker Strange Supreme and and good Strange who accepted Strange. Strange Supreme continues growing in power and refuses to give up his quest, and the two Stranges fight. Strange Supreme absorbs the other Strange and with a great power level, he saves Christine, but when she sees him, she’s disgusted by his deformed, evil form. A paradox rips reality apart, and the Watcher doesn’t interfere despite his pleas. Strange is able to keep himself alive in a pocket dimension, as everything and everyone in his universe is wiped out.

This episode was one of the best in What If…? season one, and Strange Supreme is bound to return to the MCU at some point in time. He was left alive for a reason and with his level of power, he could find a way to create a portal to the main MCU. His main mission would likely be to get this version of Christine to love him, but he could cause a fair bit of mayhem along the way. If Kang’s multiverse war gets in the way of his goals, he wouldn’t hesitate battling against Kang for his own desires. Strange Supreme’s actions caused the elimination of a universe, and he definitely belongs on this list.

This would be a huge surprise and a way to get the character right. Apocalypse first appeared in X-Factor (1986) issue #5 by Bob Layton and Petra Scotese. He was a gray-skinned baby born in ancient Egypt who possessed the X-gene mutation. He was abandoned and taken in by raiders who taught him to have a strong will to survive. Later, he used regeneration technology of Rama Tut’s to return even stronger, and traveled around the world, becoming a god to certain cultures.

Apocalypse discovered a spaceship in Mongolia belonging to the Celestials, and he became possessed with finding out how to unlock this alien technology. His quest led him to Nathan Summers, and when the two fought, Nathan’s techno-organic blood infected his Apocalypse, leveled up his powers, and allowed him to claim the powerful ship. Apocalypse would cut a path of destruction through the centuries, and became a major villain for the X-men in particular.

Similar to the Fantastic Four, Apocalypse has had other live-action incarnations, so it might be interesting to take these characters in different directions. Everyone is eagerly awaiting the X-men to enter the MCU, and although there aren’t any known plans as of yet, with Apocalypse being such an ancient force, he’s a big bad who’s worthy of a an epic showdown with the heroes of the MCU. In comic book canon, he has connections to the Eternals and to the Black Knight, both of whom have appeared recently in the MCU, and a multiverse war could be one way to bring them back into the fold.