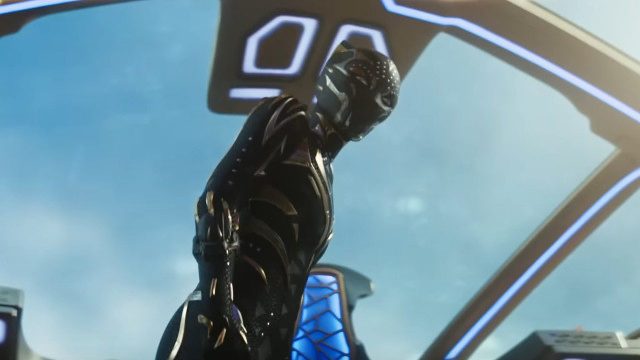 Black Panther: Wakanda Forever is now in theaters, delivering perhaps the Marvel movie with the single biggest emotional baggage in the process. The loss of Chadwick Boseman as T’Challa hangs over the movie from start to finish, something that either results in one of the most poignant and affecting films in the MCU — according to its fans — or an overlong and overburdened entry in the franchise — if you’re one of its detractors.

Having said all that, Wakanda Forever is still a Marvel flick so there’s a ton of superhero action to keep the comic book crowd happy, mostly thanks to the presence of new villain Namor on the scene. What’s more, while crossovers and callbacks weren’t necessarily at the top of director Ryan Coogler’s to-do list with this one, the sequel still features a bunch of sneaky easter eggs you might have missed after just one viewing. See how many of the following you managed to catch…

Wakanda Forever opens on a heart-wrenching scene, with Shuri failing to devise a way to save her brother T’Challa (off-screen) from dying from an unspecified illness. We then jump to his funeral, which features a couple of easily missed details.

For starters, during the initial gathering at the late king’s coffin, his ceremonial sword and shield can be seen placed on the ground beside the casket. These weapons were previously wielded by T’Challa during his duels for the throne against both M’Baku and Killmonger in 2018’s Black Panther.

Secondly, when T’Challa’s coffin is beamed up into the sky, composer Ludwig Göransson’s score samples the “Ancestral Plane” theme featured when the hero encounters his father’s spirit in the first film.

Also at T’Challa’s funeral, he is described as a descendant of the great King Bashenga. Similarly, once Shuri is about to synthesize the first artificial heart-shaped herb, Nakia comments that it could be “the greatest gift since Bashenga’s discovery.”

If you’re wondering what exactly the deal is with this Bashenga, as explained in the first movie, he was both the first king of Wakanda and the first Black Panther. Once a warrior shaman, Bashenga received a vision of the panther goddess Bast that led him to the heart-shaped herb. With its power, he was able to unite the warring five tribes of Wakanda together as one.

CNN’s Anderson Cooper makes a couple of cameo appearances as a newsreader reporting on the drama surrounding Wakanda. But if you draw your attention away from his first bulletin, you’ll note that the news crawl at the bottom of the screen mentions how Scott Lang aka Ant-Man has released a new book called Look Out for the Little Guy.

Later on, when Cooper reports on the death of Queen Ramonda, the crawl indicates that a new trade pact has been made with New Asgard. Producer Nate Moore has confirmed that Wakanda Forever is intended to take place concurrently with both Thor: Love and Thunder and Ant-Man and the Wasp: Quantumania.

Watch out for evil A.I.

In Wakanda Forever, Shuri gets her own J.A.R.V.I.S. in the form of helpful A.I. Griot, who proves to be of immeasurable aid over the course of the film. At first, however, Ramonda is wary of Griot as she fears that A.I. will one day rise up and kill everyone. Shuri jokes that it’s not like in the movies and Griot is totally benign.

Although Tony Stark’s corrupt creation isn’t actually namechecked, this exchange feels like a very meta-reference to Ultron, James Spader’s quip and trigger-happy evil android from Avengers: Age of Ultron. Honestly, having lived through Ultron’s uprising, Ramonda has every reason to feel uneasy.

Shuri and Okoye track down Riri Williams to her college at M.I.T. (the Massachusetts Institute of Technology). This is far from the prestigious school’s first appearance in the MCU. Tony Stark, an M.I.T. graduate himself, returned to his alma mater in Captain America: Civil War to reveal his B.A.R.F. tech to the students. Likewise, MJ and Ned were all set to attend the school at the end of Spider-Man: No Way Home. In fact, they’re probably there off-screen during the events of this movie.

Once Shuri and Riri are taken to Namor’s underwater kingdom of Talokan, the Wakandan princess is presented with a traditional Talokanil royal dress to wear. Riri encourages Shuri to refuse the gift, claiming that’s what villains always do in movies. For example, she lists Star Wars‘ Princess Leia, Belle from Beauty and the Beast (which is a little bit unfair to the Beast, but OK), and “that white lady from Indiana Jones.” This is obviously a nod to Marion Ravenwood in Raiders of the Lost Ark.

To be honest, Riri also left another juicy example off her list (which, just like the rest, is a Disney property): Elizabeth Swann in Pirates of the Caribbean.

Namor vs. the Hulk

Once Shuri has officially become the new Black Panther, M’Baku urges caution over attacking Talokan, commenting that Namor might be as strong as the Hulk. As well as making clear just how formidable the mutant monarch is, this nod to the Jade Giant additionally serves as a reference to the duo’s long history in the comics.

Namor and the Hulk have in fact fought on a number of occasions — and, yes, the Sub-Mariner has even bested Bruce Banner sometimes. What’s more, they also served on the original Defenders team together.

Okoye initially dislikes Shuri’s upgraded Midnight Angels armor for the Dora Milaje, but she ultimately dons it along with Aneka during the final battle against the Talokanil. The armor’s name and design are pulled wholesale from the comics, although its function is slightly different on the page.

In the comics, the Midnight Angels are an elite class of Dora Milaje. Their most memorable moment has to be when they teamed up with Deadpool to kill Doctor Doom.

Fans weren’t exactly blown away when Ironheart’s MCU armor was first unveiled, as it’s very different from her look in the comics. There is a clever reason for the bulkier design, though, as Riri’s superhero suit is actually shaped like a heart, referencing the crime-fighting alias she will go on to acquire in her upcoming Disney Plus series.

There are also a few parallels between Riri and Tony Stark in Wakanda Forever. Shuri randomly turning up at Riri’s dorm room is somewhat reminiscent of Tony showing up at Peter’s apartment in Civil War. Likewise, her flight over Boston recalls Tony’s first test flight over L.A. in Iron Man.

Black Panther 2 begins with an alternate version of the Marvel Studios opening that honors Chadwick Boseman. This was previously added to the beginning of Black Panther on Disney Plus following his passing in August 2020.

A much less obvious memorial for the much-missed actor is slipped in right at the movie’s end. The vehicle that’s transporting Everett Ross to jail sports a license plate that reads “CB112976.” Boseman’s birthdate was Nov. 29, 1976.