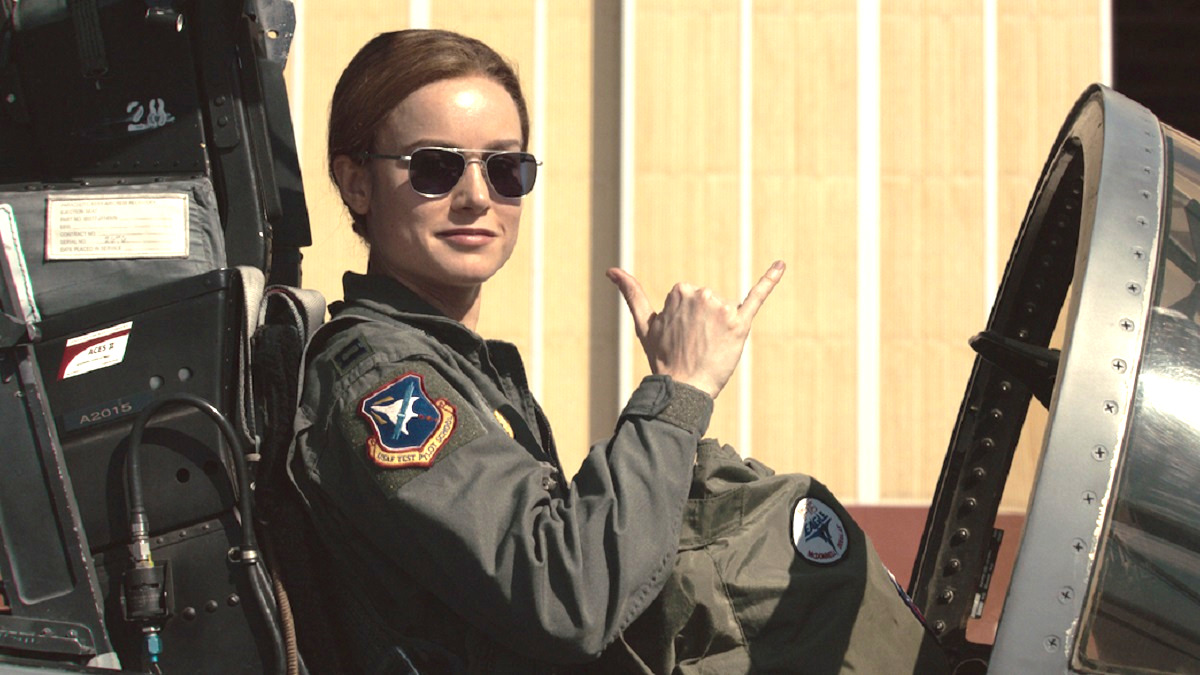 When it comes to inspiring and influencing millions of fans around the world, the Marvel Cinematic Universe‘s vast roster of heroes are held in the highest esteem, even if becoming billionaires and flying around in armored suits might be ever so slightly out of reach.

Nonetheless, it’s with delicious irony we discover that one of the internet’s least favorite Avengers has also been named as the franchise’s most inspiring, with Slotbox conducting a study that has determined Brie Larson’s Captain Marvel to emerge at the head of the pack.

The methodology looked at the day jobs held by countless key figures in the long-running superhero saga, and used search analysis to pick up on any upwards trends in interest regarding to to the careers in question. Since Captain Marvel released in March 2019, search for vocations relating to fighter pilots and pilot trainng rocketed by almost 10,000 percent.

As a result, the study has deemed that the Air Force hotshot can be named as the most influential and inspiring member of Earth’s Mightiest Heroes, putting her above neurosurgeon Doctor Strange, archery expert Hawkeye, espionage operative Black Widow, physicist Bruce Banner, and solider Steve Rogers.

Of course, we’ve got the feeling that online trolls may not have been included in this particular study, seeing as they’re vehemently against the mere existence of Larson’s Captain Marvel in the MCU, so we’re not inclined to believe they’d be champing at the bit to follow in her footsteps and take to the skies.

Either way, regardless of what the naysayers think, the near-omnipotent cosmic favorite is well on the way to cementing her status as a top-tier icon in Kevin Feige’s sandbox, especially with The Marvels hitting theaters this summer.