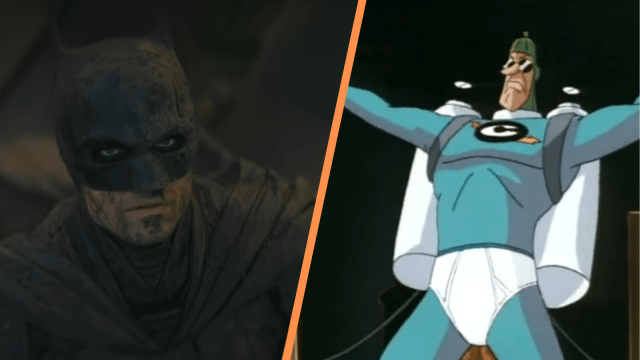 The Batman star Robert Pattinson has revealed that his favorite DC villain is Condiment King. And while it was confirmed that the Battison won’t be part of the DCEU, it opens doors to include new characters that may be too niche for the main story that Warner Bros wants to tell. This means Condiment King has a chance to showcase why he’s worthy to be Batman’s nemesis. And fans have begun fan-casting a worthy actor to take on the bats.

Reddit user u/Venus_One sets the scene with a trailer drop for The Batman sequel in 2024. Instead of DC bringing back the Joker or Bane, it’s announced that Condiment King will be the main baddie in the upcoming sequel. They then asked the community who would DC most likely cast as this niche new foe.

Fans came up with multiple suggestions on a worthy, yet possible actor who’s more likely to take on the role of this saucy villain. One suggestion that came to mind was Jablinsky games himself, Jack Black. And not gonna lie, I would watch to see Black himself be his goofy self in a dark and serious film. He rarely gets roles as a supervillain.

Others suggested Jim Carrey if he chooses to cancel his retirement plans. He was successful as Dr. Robotnik in the Sonic films and said he’d be interested in returning to the film industry if the script is good.

Others suggested Keanu Reeves take on the role. Because why not use a meme-able actor to play a serious, yet meme-able role in a dark and gritty film?

One pointed out Eddie Redmayne from the Fantastic Beasts franchise and how this guy, an Academy Award winner, has expressed interest in playing Bananaman, according to ComicBook.com. They believe that Condiment King is the closest thing he’ll get to play the comedic comic book character.

But out of all the celebrities that are known in the industry, the best actor that fans deemed worthy to play Condiment King is the celebrity chef himself, Gordon Ramsay. Get this man into the acting industry. He’s going viral on his daughter’s social media.

Marvel Studios made a name for itself for showcasing superheroes that were barely known by comic book and casual Marvel fans. And if DC really wants to take inspiration from Kevin Feige for their movie franchise’s future, maybe they should showcase an unknown villain to take on a popular DC hero.