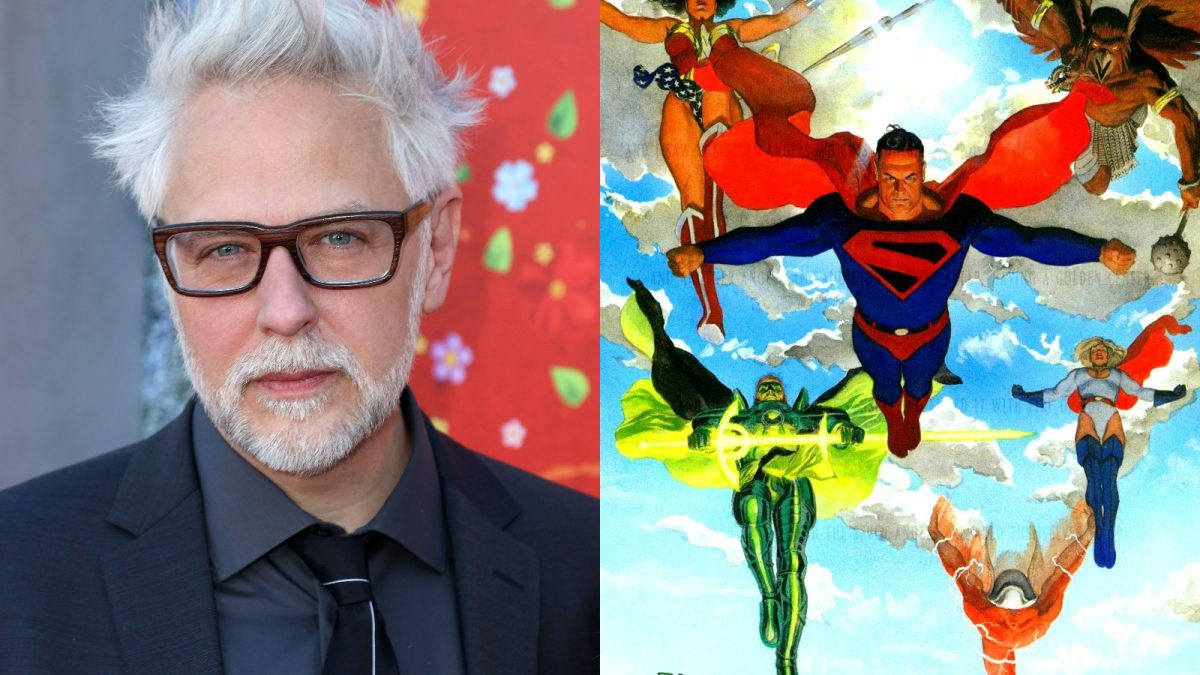 Gross understatement: James Gunn has his work cut out for him as the head of DC Studios. Not only does Gunn have to plot out an entire universe of content for the company, but he’s also responsible for raising the bar to a level where its roster of successful franchises can compare to that of the MCU. So one can expect to see Gunn’s take on the mainstay properties of the universe — Superman, Batman, Wonder Woman, and all of their Super Friends to find their place in the DCU fairly soon.

But what about the characters that aren’t on the A list? Those characters that have a hardcore niche fandom but may not necessarily be known by Joe Public? The kind of character that Gunn, given the evidence of The Guardians of the Galaxy and The Suicide Squad, adores?

We think it’s highly likely that we’ll be seeing some of DC Comics’ more obscure characters debuting alongside those that everybody knows and loves as Gunn rolls out his new vision of the DC Cinematic Universe. Here are our suggestions for some that should definitely make the grade.

If there was a comic book embodiment of anarchy (other than, well, Anarky) it would doubtless be Ambush Bug. While Marvel’s Deadpool and She-Hulk have made breaking the fourth wall and speaking directly to the audience a superhero movie trope, Ambush Bug was delivering Shakespearean-length soliloquies to his readers years before it became a standard. Creator Keith Giffen envisioned the Bug as a superhero/villain that acted and performed like Bugs Bunny. And his powers of teleportation and complete lack of grasp on reality allow him to do just that. He might be tailor-made for an appearance on Peacemaker but even an Easter egg appearance would be a delight.

Gun seems to have a passion for Kaiju-Esque giant monsters and Chemo fits that bill in spades. Chemo is basically man-made chemical waste that comes to life (Hedorah/Smog Monster anyone?) and eventually grows into a man-shaped giant. He’s also radioactive and more toxic than your first college boyfriend. Traditionally Chemo is the nemesis of his fellow obscure DC characters, The Metal Men, but he’s also battled Superman and Batman and even once destroyed Nightwing’s adopted city, Blüdhaven.

Stretchy superheroes are fairly common. Marvel has Mister Fantastic, Ms. Marvel (the comics version), Thin Man, Flatman, and Mercury. DC has The Elongated man, Rubberband Man, and Elasti-Woman. But the granddaddy of them all is DC’s Plastic Man. Created in the 1940s by Jack Cole, Plas has all the hallmarks of a James Gunn hero. He’s practically the court jester of the Justice League, cracking jokes as easily as he molds his body into different shapes — but he also has a dark side, having started out as a criminal named Patrick “Eel” O’Brian, orphaned at a young age and forced to live a life of crime. Plas uses his powers to try and redeem his former life.

His popularity has waxed and waned over the years (he even had his own Saturday morning cartoon in the ’70s and ’80s). A new feature by Gunn could propel his star into the sky again.

The occult version of the Justice League isn’t necessarily the most obscure team in DC history. Guillermo del Toro was famously rumored to direct a version for DC back in 2012. But despite rumors and best-laid plans of DC CEOs and Del Toro, no live version has manifested despite two successful animated outings. But a canon live-action DCU JLD could launch several obscure characters into the limelight.

Two of JLD’s members have already had live-action TV series: John Constantine and Swamp Thing, but most of the roster hasn’t been seen in live action (you can argue that Zatanna was in Smallville but let’s keep it serious, okay?). Zatanna definitely has a cult following but big screen versions of Deadman, Shade, the Changing Man, The Phantom Stranger, and Madame Xanadu could prove to be big hits for the studio. And an appearance by Amethyst could open up a whole new potential property by bringing Gem World into canon. The JLD is rife with opportunity for new fans and would really reflect one of DC’s biggest strengths — its vast canon of magic and occult-related titles.

Mister Bones is the head of the Department of Extranormal Operations which has already been set up as canon in the former DCEU (Emilia Harcourt was an agent before joining Amanda Waller’s A.R.G.U.S. in The Suicide Squad and Peacemaker). While A.R.G.U.S. handles issues related to Homeland Security, the DEO concentrates solely on superheroes and any perceived threat to the public they may present. They’d be a perfect analog for the MCU’s S.H.I.E.L.D., but you can’t have the DEO without its skeletal chief.

Bones is a retired supervillain whose organs and flesh are rendered invisible due to the same mutagenic treatments that gave him a deadly “cyanide touch.” After he was reformed he joined the DEO and rose to the top of the organization. In the comics he has a (somewhat) friendly rivalry with Amanda Waller and a history of working with the Justice Society. He may be the perfect guy to play “even badder cop” to Waller’s established “bad cop” character in the DCEU.

The Question is easily recognized by DC Comics fans but most moviegoing audiences are more familiar with the character he inspired, Rorschach of The Watchmen. But the original hero and his distrust of authority and penchant for proving (and disproving) conspiracy theories have earned him a steadfast niche fandom in the comics community. Though it’s been a bit obscured by the passage of time, “DC” literally stands for “Detective Comics” and has a rich history of comic book detectives. It would be nice to see a DCU mystery movie and when it comes to who should be the head investigator, The Question is the obvious answer.

Doom Patrol will begin its fourth season in December proving that DC’s take on damaged and tragic underdog characters is a formula for success. Who better to take a stab at it in the DCU than the original DC outsider, Metamorpho? Created by Doom Patrol co-creator Bob Haney, Metamorpho doesn’t quite fit the mold (although he can fill nearly any other) of a mainstream DC hero. Handsome adventurer Rex mason is transformed by the ancient orb of Ra into an elemental capable of transmuting his body and forming it into nearly any shape or state of matter — except for his former human self. Just like Marvel’s The Thing, Metamorpho isn’t exactly thrilled by his powers and wishes more than anything to be restored to his former self.

It’s almost dead certain that we’ll see some version of Green Lantern in live-action again during Gunn’s tenure. And whether that version is Hal Jordan, John Stewart, or Kyle Rayner, we’ll inevitably see the members of the Green Lantern Corps, the intergalactic law officers that give GL his title and powers. And hopefully, we’ll finally get to meet the biggest Green Lantern of all — the sentient planet Mogo.

Like the MCU’s Ego, Mogo is a sentient, living planet. Unlike Ego, he’s not a huge jerk and possesses all the powers of a Green lantern — on a literal planetary scale. Gunn’s filmography certainly has shown that he knows how to deal with huge —like, really huge — cosmic concepts. If anyone can handle Mogo’s mojo, it’s him.